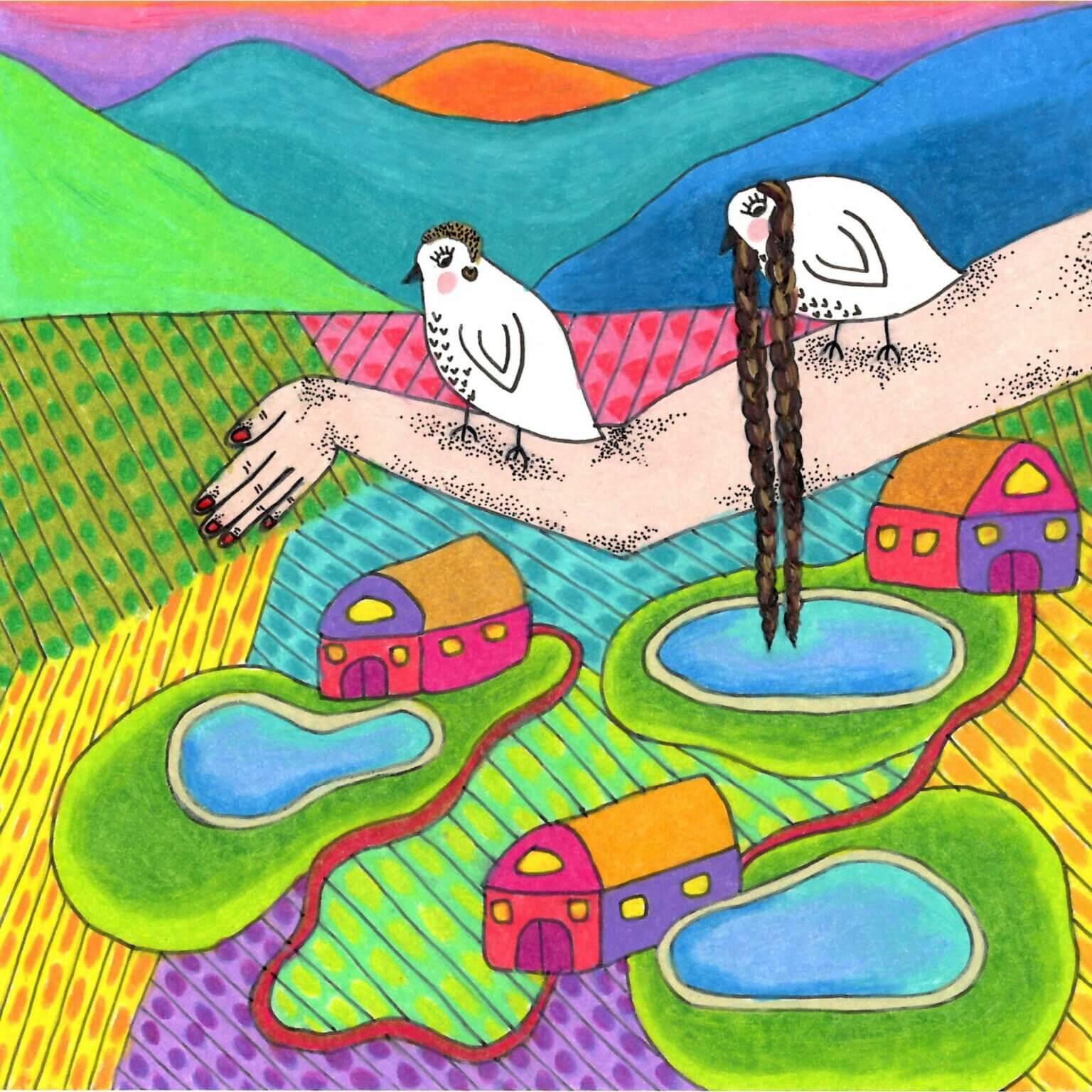 Co-written and produced by Sven and Remi with additional contributions from Jared Solomon (aka Solomonophonic), “Pool” is Still Woozy’s first new music since his 2021 debut album If This Isn’t Nice. “Pool” opens on a verse from Remi, whose voice captures every moment of longing and confusion with breathtaking intimacy. Halfway through the track, Sven continues the song’s ultra-vivid storytelling, once again revealing his ability to transform melancholy into beauty. And in the final seconds of “Pool,” their voices converge and add new power to the track’s confessional chorus: “I don’t really know where my head’s at/I just know my heart’s not there yet.”

Directed by Haley Appell, the video for “Pool” drifts between home-movie-like intimacy and a breathtakingly colorful sequence of shots that follow Sven and Remi through a series of settings: a backyard pool, a windswept mountainside field, a carnival ride at dusk. In a perfect visual counterpart to the song’s dreamlike atmosphere, the video offers up many moments of strange magic, including some mid-air acrobatics from the duo as well as Remi’s mythically long pigtails.

Sven and Remi first connected back in 2018, when mutual friends introduced them at one of Sven’sshows at The Roxy in Los Angeles. After checking out Remi’s music and i mmediately loving her wildly imaginative form of indie-pop, Sven asked Remi to join him on a 2019 tour, during which they became great friends. While hanging out by a pool in L.A. in October 2021 and catching up on life, they decided to create a song together. The next day, the two collaborators teamed up with Solomonophonic, and wrote all of “Pool” in a single afternoon.

Still Woozy recently announced a second leg of the tour kicking off in May and is gearing up to play major festivals like Coachella, Hangout Fest, Forecastle Fest, Governors Ball, Bonnaroo, and Splendour In The Grass. In the fall, Still Woozy will head over to the UK to play seven headline shows that include two headline dates in London’s Electric Ballroom on the 14th & 15th of November. He’ll then journey to Europe to play five dates across the mainland stopping off in Germany, France, The Netherlands, and Belgium.