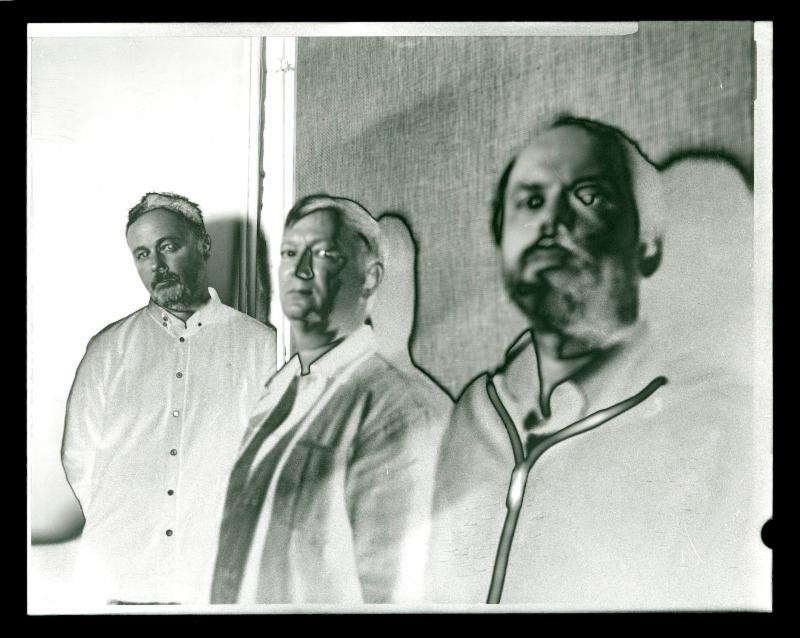 Stereolab co-founder Tim Gane has linked up with former Stereolab drummer Joe Dillworth and synth wizard Holger Zapf for a new trio named Cavern Of Anti-Matter, who are prepping their debut album, void beats / invocation trex, to be released February 19th on Duophonic.

The LP includes features from Deerhunter’s Bradford Cox, Mouse On Mars’ Jan St. Werner, and Spaceman 3’s Sonic Boom. This is the proper debut album for Cavern Of Anti-Matter, who have only released a handful of limited edition vinyl EPs and 12″s prior to this LP.

Gane had this to say of the project,

“Cavern Of Anti-Matter are spectrum addicts, setting up tiny rhythmic cells and expanding on them in certain ways, splitting the melody and stretching out. The melodic movement is much slower due to the lack of words. At the moment, the Cavern sound is more what I want to do”

Tim Gane’s band Stereolab are loved and revered by many, including Pharrell Williams, Flying Lotus, Pavement, !!! and Blur. Tim started his musical career as a purveyor of harsh noise in the early 80s under the alias Unkommuniti, releasing self-financed cassettes on Black Dwarf Wreckordings (which were recently anthologised by Vinyl On Demand).

Tim was a key member of McCarthy from 1985-1990. In 2007 he composed his first film soundtrack, La Vie D’Artiste, alongside longtime musical collaborator Sean O’Hagan (The High Llamas), and has recently contributed keyboards to the latest Deerhunter album, Fading Frontier.

The band will be touring internationally around the release, with dates TBA. Check out their performance at the CTM festival.