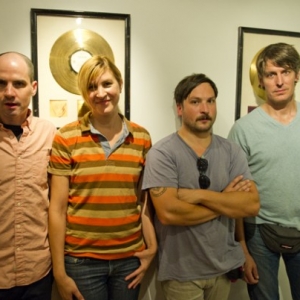 On 6 January 2014 Stephen Malkmus & The Jicks release their new album, ‘Wig Out At Jagbags‘ on Domino. Watch the video for new single ‘Lariat’ above.

The album was produced by the band (Stephen Malkmus, Joanna Bolme, Jake Morris and Mike Clark) and Remko Schouten (the Dutch soundman of Pavement fame) in a studio in rural  Ardennes with ‘a farmhouse vibe’.

Rumble At The Rainbo

Stephen Malkmus & the Jicks will return to the UK for 4 dates in January 2014 as follows: