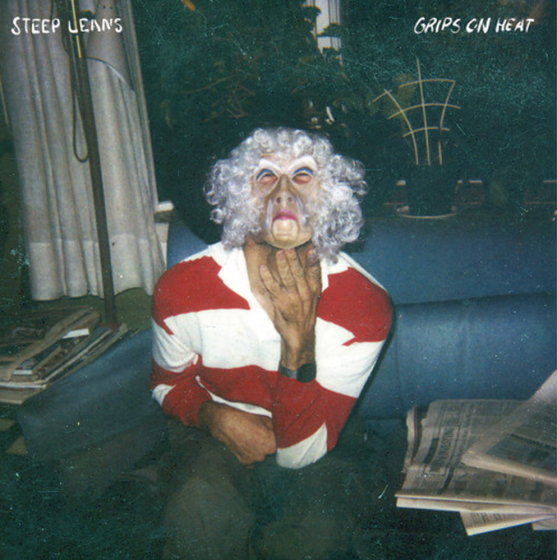 Steep Leans, the solo project of songwriter Gray Somers (Jeffrey, has signed to Ghost Ramp to release their debut LP, Grips On Heat. The record started to form after personal reasons spurred Somers to leave his hometown. Today, Somers is sharing two excellent tracks from the album, “Navigator In The Night” and “Nightmare City”. Both tracks are available to listen to below and you can look out for Steep Leans as they open for Wavves on their fall tour.

Steep Leans is the project of multi-instrumentalist and songwriter, Gray Somers. Developed in late 2012 after a death in the family caused Somers to pack up and leave everything behind, going from Boston for New York City, which consequently left him drifting, broke and alone, in Brooklyn. As the start of a solution, he sold his car and used the money to start the original recordings of Grips On Heat with Jonny Schenke (of Eaters, producer of Parquet Courts Light Up Gold Fame).

Steep Leans began to gain momentum but met other setbacks in the form of a troubled relationship, constant moving, and lack of stability. Even the original recordings with Schenke were lost. All of this left him with a clean slate, on home turf and he took advantage.

He immediately put together a live band, and began playing shows around the Boston area. This band took on various members over the last two years, with the most instrumental members being John Brown (of World Cup, who Somers plays bass for) and drummer and multi-instrumentalist Chris Eddleston.

Soon after, in the Summer of 2013, Somers, along with Eddleston and Brown, went back into the studio with engineer/producer Shaun Curran in Somerville, MA to begin recording what would become Grips On Heat. The recording process was a cathartic experience, and the record serves as a document of that.