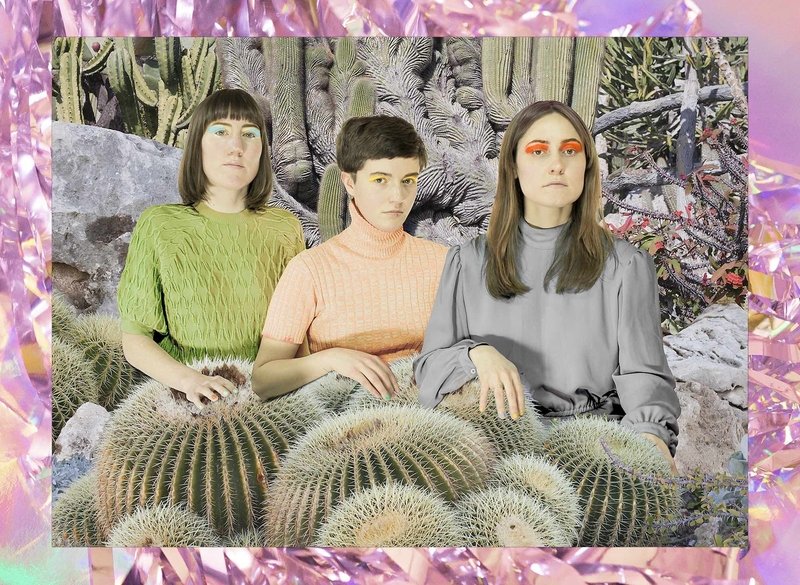 UK’s Stealing Sheep have shared new track “Show Love” alongside its dopamine-driven video, directed by Korean animator Gyuri Cloe Lee. The track is taken from their forthcoming album Big Wows available April 19th, via Heavenly Recordings. The band will be playing of dates behind the album, starting March 30th in Liverpool.

The video is a stop-motion treat for the eyes, featuring overly-saturated color schemes and a stream-of-consciousness animation style depicting modern life chaos, bombardment from self-improvement ads, and the excitement of cheap thrills from instant gratification.

“We heard about Gyuri through our friend Ewan Jones Morris, who recently worked with her on a video for John Grant’s ‘He’s Got His Mother’s Hips’ and we loved her acid color schemes and her surreal stream of consciousness style,” the band say. “We’ve been collaborating with lots of women on this new album and we want a strong female energy in the music and visuals, so finding a female director for this was really important. We also wanted someone who worked with this celluloid hand drawn style that combined with more digital aesthetics, color gradients and stop motion, it’s a perfect match for the song ‘Show Love’. A kind of sugar-coated apocalypse matches our zingy steel pans and crazy arpeggios. Also, check us out riding a pink fluffy sheep into
space.”