American Football recently share the collaborative at-home performance video for “Stay Home”, a song from the band’s 1999 self-titled debut full-length album. As the band’s Steve Lamos explains, “we decided to a) celebrate staying home by b) staying home and c) re-recording ‘Stay Home.’ All tracks were single takes, spliced together through the magic of technology.” The audio for the “Stay Home” video was premiered during this past weekend’s Nether Meant music festival, which was headlined by American Football and hosted virtually within the video game Minecraft. The festival raised $8,000 for Good360, and was brought together by virtual event producer Open Pit and fellow Polyvinyl labelmates Anamanaguchi, who also performed.

“A lot of people (us included) have a natural tendency to stay home. And now, strangely, that’s the responsible way to be. We hope at the very least that our homemade and tech-lite video will serve as a distraction from anxiety-inducing news coverage and stress about the future. And at best, maybe it will remind you that your antisocial tendencies are justified. You’ve been making the right decision all along: stay home.”

“Mike recorded audio and video first in Chicago, accentuating heartfelt lyrics with speed metal attire. Holmes recorded next out in the ‘burbs, throwing in a tempo flutter for the sake of live-band authenticity. I (Lamos) went third out in Colorado, sporting the tiniest of hats while squinting often. Cory—or, at least Cory’s hands and torso—went next, out in Queens. Flanked by a carpet deodorizing machine, Nate completed the cycle somewhere in Lincoln, Nebraska.” 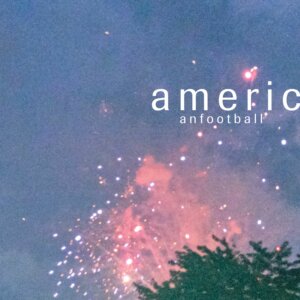