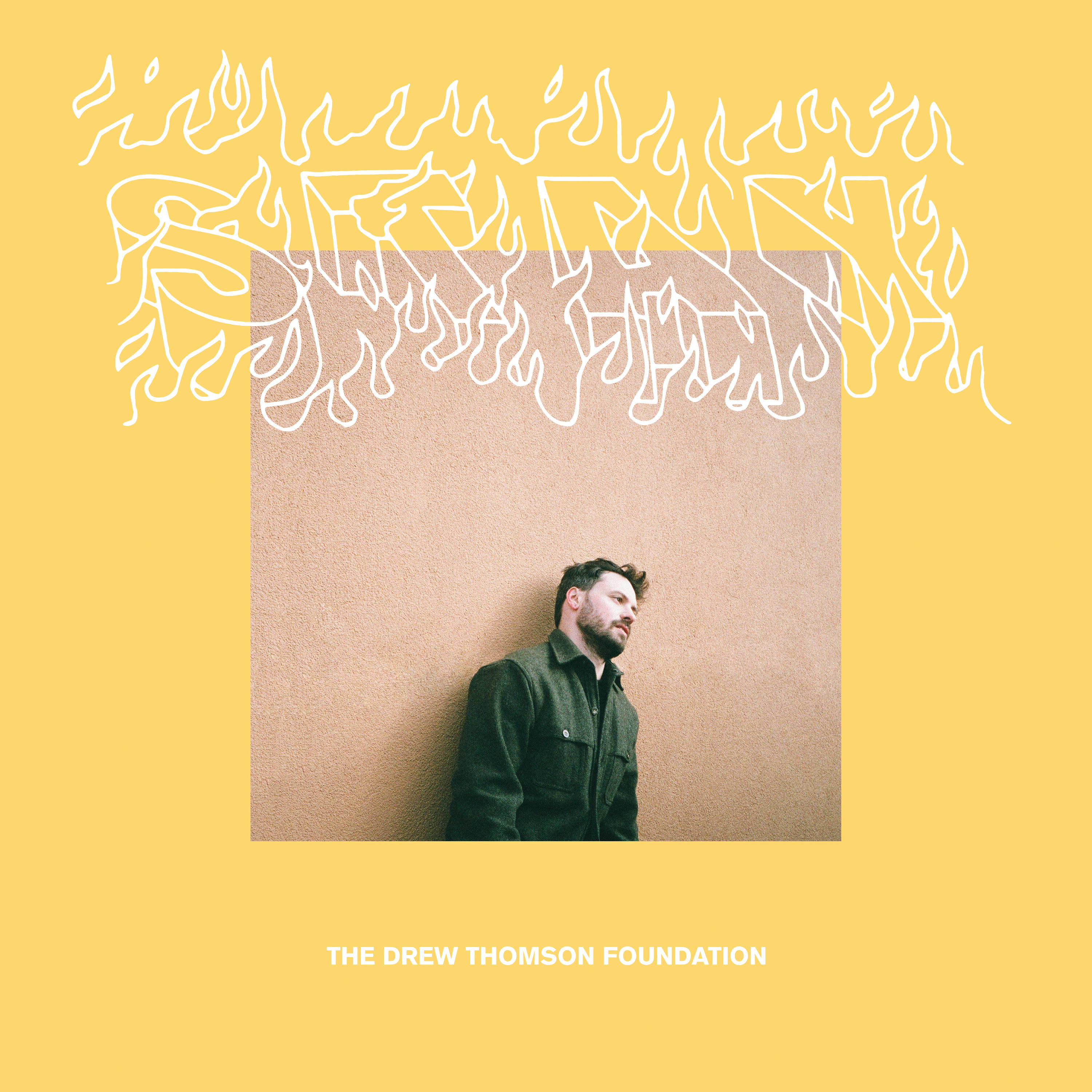 Canadian hardcore troop, Single Mothers, are a prolific bunch, what with constantly touring, rattling out EPs, albums, stand-alone tracks and frequently fragmenting and reassembling. The driving force behind the act is Drew Thomson and incredibly he’s found the time to embark on a solo venture, the aptly titled ‘The Drew Thomson Foundation’. In the place of sardonic drenched punk, Thomson has opted for an alt-country schtick when it comes to his primary release under his own name. ‘Stay’ is a confessional document of recent years, as our protagonist ruminates on love, loss and a hefty serving of the dangers and fallout from excess.

The new Ep from The Drew Thomson Foundation, opens up with ‘Married To The Night’ wouldn’t sound out of place on any of Thomson’s day job releases; a rough ‘n’ ready rock number that’s not punk but slots in nicely where Single Mothers drop the acerbic dial for a moment. As coarse guitars rub against steadfast drums, Thomson’s slightly gravelled vocals hint at a relationship that’s run its course “I’m the ball and chain you polished and put away/wrapped up in cellophane and hide somewhere safe”. The alt-country promised on ‘Stay’ first appears via the swing and sway of ‘Pace Yourself’ – as Thomson reflects on 13 months of sobriety and a cautionary tale of someone telling him to get his shit together “you gotta pace yourself/shut your fucking mouth/you’re gonna lose everything that you ever held dear/any second here” but it seems the boozy times are behind Thomson as he ruminates of his new drink of choice “diet coke and lime/dunno how I become that guy/but it could be a whole lot worse”. With ‘Pace Yourself’ you get the feeling that Thomson was perilously close to rock bottom but somehow managed to save himself from hitting the lowest of lows. The tone drops to a gauzy guitar rumble and a sedate military drum on ‘Rifle’ as Thomson’s aching voice croaks “all this goddamn town has is a funeral home, a liquor store and a church/not sure which one I’ll end up in first but I got my suspicions”. With a man who’s been hell-bent on self-destruction I’d say there’s two possibilities and the church ain’t one of them. ‘Rifle’ slowly builds to a crescendo but this is where Thomson really exposes a vulnerability not seen before.

‘Stay’s eponymous track rounds off the EP and it’s done so in a bittersweet fashion with a rousing chorus that’s propelled by rattle ‘n’ hum verses. The anthemic nature of ‘Stay’ is brilliantly jubilant but there’s a sense of too little too late, as the main man whole-heartedly sings “I wished you’d stay around for a little while/see the changes I would make/yeah I think I would make you proud at the person I became”. An anti-anthem for those looking to reconcile their misgivings.

‘Stay’ is a precursor for The Drew Thomson Foundation’s untitled full-length album and if these 4 songs are anything to go by, you’ll “stay around for a little while”.