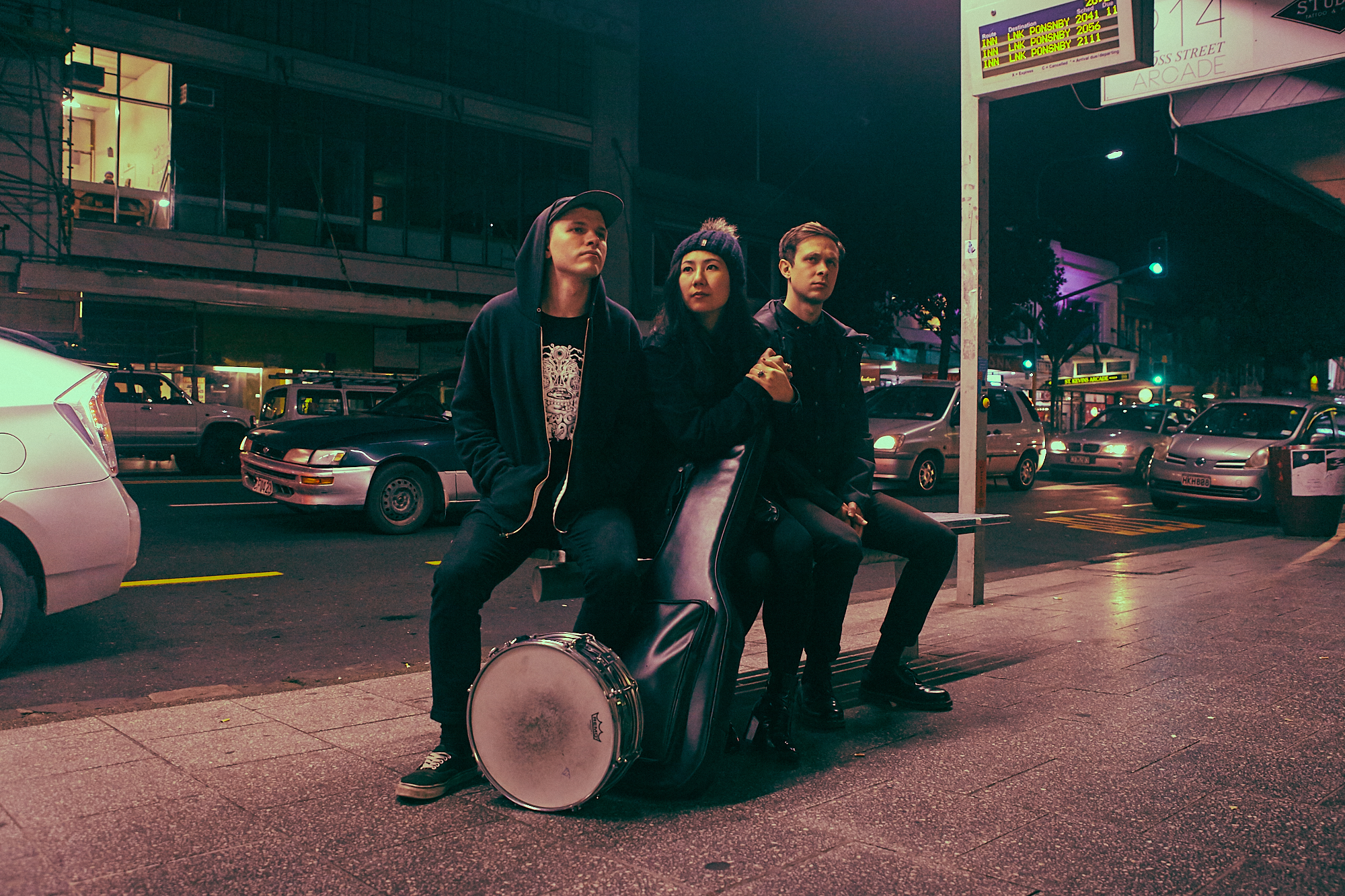 The band may not have a guitar player, though you wouldn’t know it based on their overwhelming sound and energy. Far from conventional, they create an atmosphere akin to a traditional loud power trio – using a keyboard, bass and 2-piece drum kit to create darkly hypnotic, frenetic music that’s simultaneously sinister and rhythmically complex. The band’s first single, “Stay Disappointed,” recalls that other side of Kiwi underground rock history, the one that’s a bit less sunny and a bit less jangly.