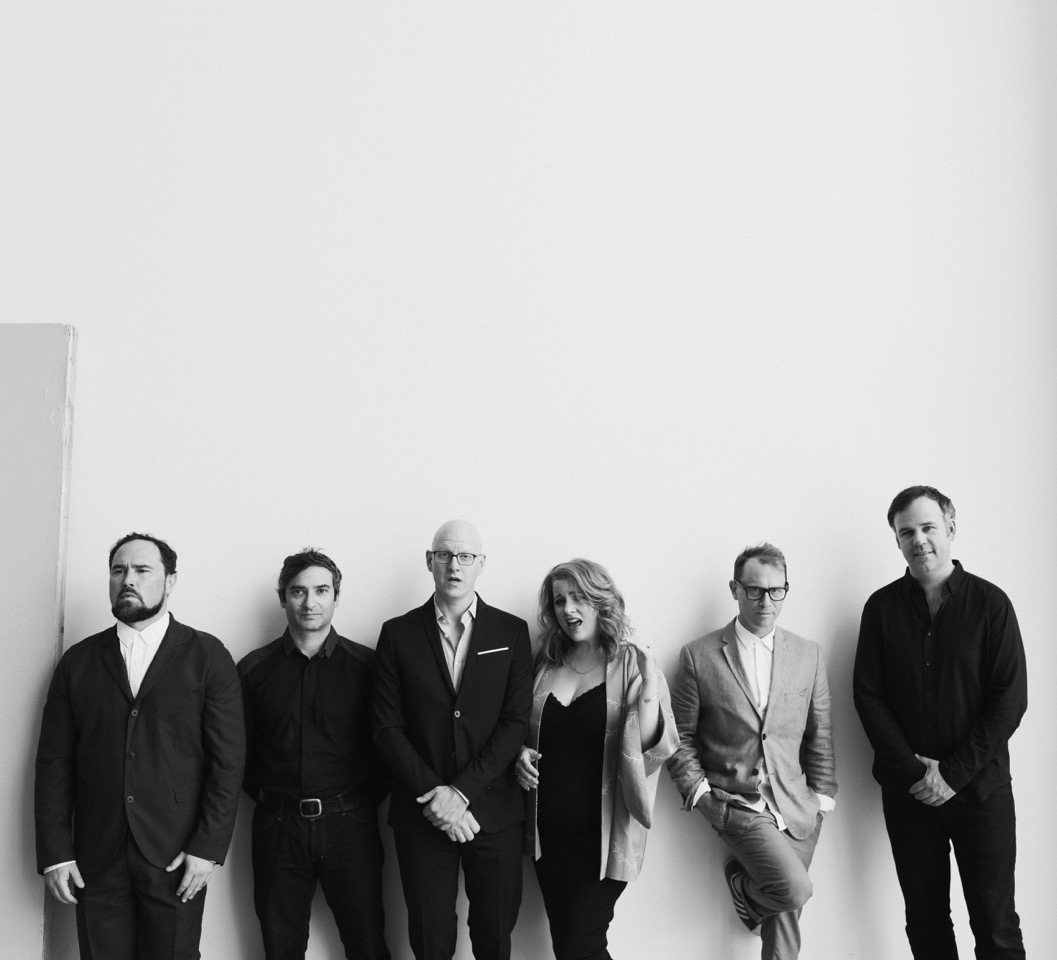 After 15 years in the industry, Stars is almost a Canadian institution at this point, but getting there doesn’t come easy. Running on fumes, the band had to enter therapy to keep communicating as a band, but it allowed them to keep making music without imploding. Releasing their ninth album There Is No Love in Fluorescent Light the band was able to strip pieces away to achieve a fuller sound. We caught up with drummer Patrick McGee ahead of their show November 13 at Bar L’Escogriffe in Montreal to discuss their band healing and why leaning into their dark side made for a better record.

Northern Transmissions: What led you guys to your group therapy session and what positives besides being able to keep the band going have come of it?

Patrick McGee: How can I talk about this diplomatically. Hmm. I think after being in the business 15 years together making all the decisions diplomatically, we reached a point where communication was just failing. Our methods became a mix of passive aggression and aggression, it happens and we just reached an impasse. We thought “Do we break up or try and find a middle ground to communicate. We’ve all seen “Some Kind Of Monster” the Metallica movie, and we thought “Here we are now in our ‘Some Kind of Monster’ phase of our band.” We thought it was pretty funny, and we had a falling out, so we were quite nervous about the therapy. I remember vividly we had two days of therapy. We all sat down in the waiting room, looked at each other and started laughing. That really broke the ice, thinking “Oh man we are ridiculous.” The guy who we saw showed us a couple tricks to not say things that piss each other off, and here we are.

NT: Did any of the therapy influence your new album?

PM: It was a pretty brief process. The lead up to it was long but it was just two afternoons we were there. We made some rules, and it allowed us to make the record rather than inspire it. We still piss each other off, we’re just better at telling each other about it.

NT: Why do you think this album had a much slower tempo than your previous albums?

PM: I’m going to lay that all on our producer, Peter Katis. When we came out, we wrote a whole load of demos, they were all pretty jaunty, heavy synth pop. We were trying to write some songs to energize people. We met up with Peter, who has worked with The National and Interpol, so pretty gloomy bands in a good way. He came in, he heard these happy, major, upbeat songs and deconstructed them. He basically said “What I like about your band is how depressing you are. How sad and melancholy the band is was our forte.” He would take all the synthesizers out and say “Just play that on piano.” Suddenly it was very melancholy and the lyrics popped more, and made more sense. He’s a master of his craft. The record is a little down-tempo but that’s where we’re at now. There’s some beautiful, sad songs and I think that’s what he gravitated towards.

NT: How did you get Peter Katis on board to produce and what did he bring to the album?

PM: He brought enthusiasm. We had planned on working with him years ago, we’d booked him and he ended up being double booked, so we got the short-end of the stick. He felt genuinely bad about that for a while, so he was very excited to work with us even though it’s not necessarily his fault it happened. This time, when we started, his name came up so we reached out, and he was more than accommodating. These producers are so busy, with stuff backed-up for months, but he was ready to make it work on every level. It was nice to talk to someone who really wanted to work with us. He has an awesome studio in Connecticut, I don’t know if you know Connecticut very well, and I don’t mean to offend anyone from there, but it’s pretty fucking boring. That’s great for producing though, and they have great pizza. Great pizza, and nothing to do is a great experience for making a record.

NT: You’re one of the few bands making their sets and designing your show, do you find it difficult to put together or does it just take away stress for the actual show?

PM: The idea for that, came from doing it on our whole last cycle. We have too many people when we travel now, you can’t fit another person. I’ve never really thought about a light show at shows, but when you see a really great one, it has an effect. We’d tried things without a light designer, and sometimes it works out great and sometimes it’s pretty boring. We thought “Why don’t we take control of this?” So we’re working with Ableton, and found you could rig-up an entire show to Ableton. So we designed it, found the hardware, and found we could use our light show at big and small clubs. Necessity and modern technology allowed us to add to the spectacle we already had.

NT: Where did the ‘Dinner With Stars’ documentary idea come from and what was the most exciting part of making it?
PM: When you make a record you have to put out an artist’s statement or a bio, and we found over the years that when we make it, the press just regurgitate it. It feels sort of embarrassing and it also feels like no one’s really listening to the record. There was an idea that we wanted to do something where it wasn’t something where you could Google all the answers, that’s boring. We thought “Why don’t we shoot something sitting around, talking shit like we always do, and that will be a truer reflection of what we’re doing and who we are.” I’m sure we put out a statement with the record too, out of necessity. The nucleus of that video came from that idea.