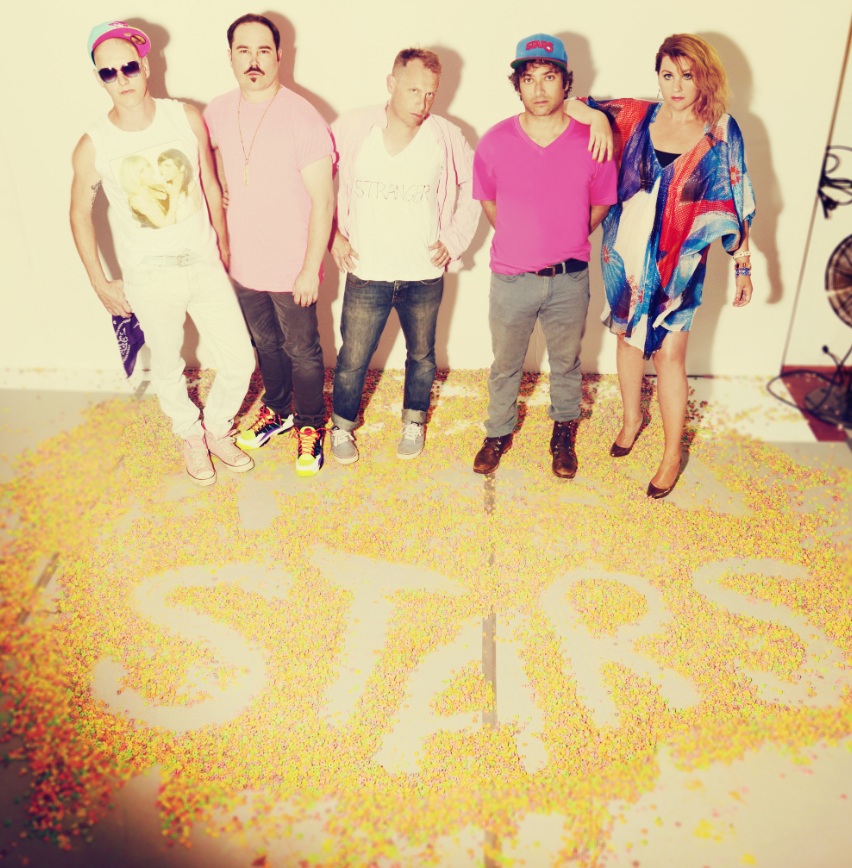 Montreal’s STARS kick off their extensive European tour tomorrow night in Dublin, and to celebrate have shared Jensen Sportag’s reworking of their latest album’s title track, ‘No One is Lost’. Listen below…

For ‘No One Is Lost,’ STARS craved autonomy and serendipitously inherited the Mile End rehearsal space last December above the now defunct, Royal Phoenix nightclub in Montreal. STARS built a functional studio out of the former space of then-disbanding Handsome Furs (and site of Arcade Fire’s first rehearsals); Mile End became a home away from home. Then the nightclub (and life) crept in, resulting in STARS’ most urgent record to date. Drummer Pat McGee explains, “The sub-bass throb coming from the club below our studio was undeniably and unavoidably influential. It motivated us to out-throb the throb.”