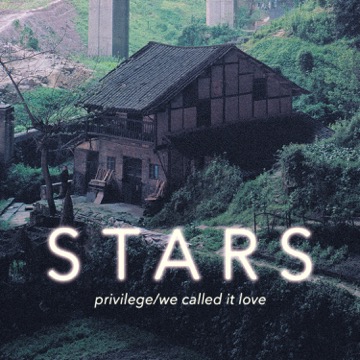 Stars have made their career telling the tales we keep in the darkest, and most hopeful parts of our souls. Delivering the hard and soft edges of life and love as only this band can, they return with two new tracks “Privilege” and “We Called It Love” both available today.

From the reflective vocals of Amy Millan on “Privilege”” to Torquil Campbell’s contemplative and contrary, “I don’t believe that people change…but I’ve changed” on We Called It Love, Stars return time and again to comfort and reassure us that within the experience of failure and fucking up is the path to a life well lived.

The new Stars music comes via a new global deal with Last Gang Records /eOne, which will see the band release a new album later this year. “We are thrilled to have Stars as part of the Last Gang family,” says eOne Music Global President, Chris Taylor. “The world needs more poetry set to music and it’s exciting that we’ll get to help share it with the masses.”

A collective band statement notes, “We’re back! We have a new album. It was recorded in Montreal and Connecticut with the great producer, Peter Katis. We love him and thank him for being there for us. It’s our first with our friends at Last Gang. We made this record for ourselves, for our kids, and for you. And we are so happy and grateful that you’re still listening to our music.”

With approaching 20 years as a band and a storied album catalogue spanning 2001’s Nightsongs, the romantic upheaval of 2003’s Heart and 2004’s Set Yourself On Fire, 2007’s In Our Bedroom After the War, the downcast elegies of 2010’s The Five Ghosts, the rejuvenation of 2012’s The North and sub-base, dance club infused No One Is Lost in 2014.