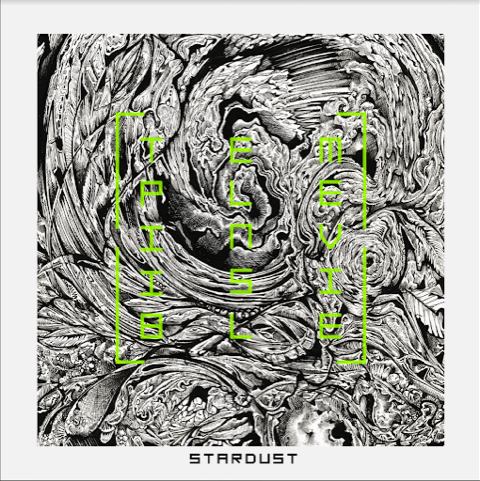 “Stardust” is off Temple Invisble’s forthcoming release Chiasm on April 29, 2022. The EP reflects on those anxieties that pervade our perceptions and how they’re manipulated by fear, but also offers an in-depth examination of how our psyches change through time. The album follows, EP’s: ‘ENTER_’ (2014) and ‘Void’ (2017). Produced, recorded and mixed by Temple Invisible’s Costas Ivanov, additional production comes courtesy of Irina Bucescu, final mastering for the ‘Chiasm’ EP was completed by Aneek Thapar.

Temple Invisible is an electronic-rock/electronica/trip-hop/industrial/genre-defying duo of Irina Bucescu and Costas Ivanov. Formed in 2012 in Bucharest, Romania, Temple Invisible‘s music diffuses a unique blend of electronic influences and musical genres combined with a classical sense of composition.

“Chiasm is a crossing point. The point in which the upward current and downward current meet and intertwine in ever-changing patterns” says Irina. “‘Chiasm’ is about the journey of our psyche – from being one with the universe (“Stardust”), to holding on to the fascination that the small child has for his parents (“Hold”) and the process of maturing (what you lose and what you gain)… Something we sometimes feel and at other times struggle to feel. It’s all about the journey.”

Since releasing their debut single Disappearance in May 2014 they have performed regularly (pre-pandemic) at major festivals and venues in Romania, sharing the stage with notable acts such as Orbital, Modeselektor, Actress, Douglas Dare and Bonobo.