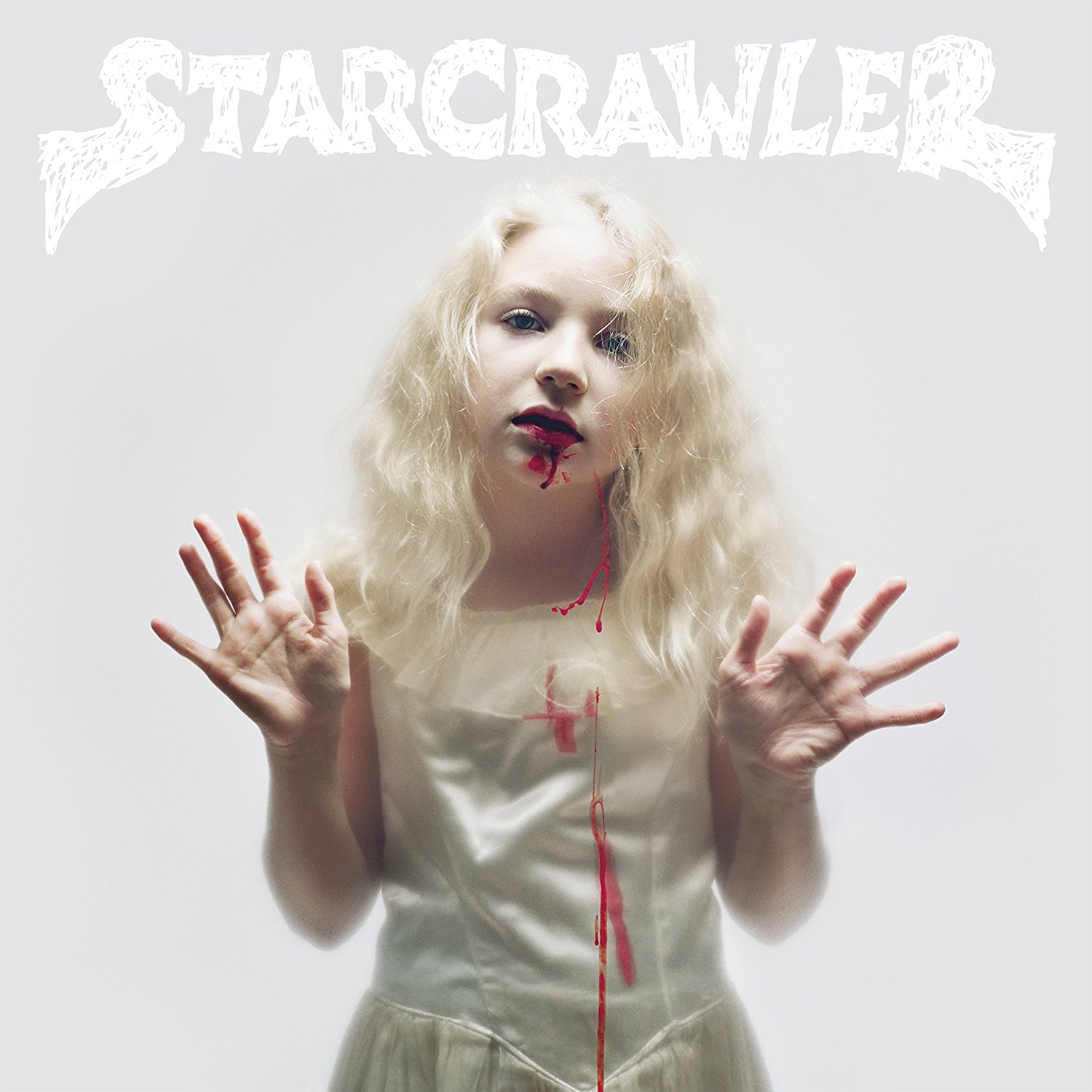 Coming off their live shows and help from Ryan Adams, it’s easy to get lost in the fervour around Starcrawler. If you’re willing to step back from this however, their debut LP is a wonderfully indulgent hard rock gem that scratches the same itch as Eagles of Death Metal and earlier Pack AD records. While it simply can’t match the band’s live kinetic mayhem, those looking for something new in this genre will find this record a treat.

A raw fury is palpable with rushing stomps of “Train” as the band tears out with melting distortion. Finding sophistication in their relentless attack, the band make a hard rock sound that’s as fast and dirty as it is catchy. “Love’s Gone Again” lets its riffs fly, keeping the momentum going on a track that is instantly intoxicating. Telling the story of the unlucky lover, the track gives even more weight to its darkly tinged melodies and vocals.

“I Love LA” hits familiar fun tones of bands like The Pack AD, The Runaways and Eagles of Death Metal, finding something of their own in the sound to make it just as enjoyable. Simple, gritty pop, the track feels just warm as its namesake city. The booming drums and bass cut through sublimely on “Different Angles,” giving it an instantly unique feel on the album, and the Cindy Wilson-esque vocal style has the song feeling even more playful.

Taking a much more slow-burning approach on “Chicken Woman” there’s a brooding and menacing feeling to the slow drum crawl. However the psychedelic rush of effects feels off, leaving their climactic drops without the right punch. “Pussy Tower” gets overtly sexual and infectiously sloppy, giving a wonderful grime to the whole song. While it can feel almost too on the nose at times, it doesn’t seem like the band were intending to be subtle here.

“Full of Pride” blasts with 90s pop rock, as frantic bass grooves through each huge power chord into a dance. Hitting its mark for pop over and over again, it more than makes up for its lack of originality. There’s a nice bite to the hook of “Let Her Be” that lets its clever writing feel a little more meaningful. It runs its course rather quickly however, so if it doesn’t grab you quickly you may find it a little repetitive.

The band takes a much more abstract approach on “Tears” where they bury their track in a wash of emotional reverb and distortion, creating a dark cloud that says even more than the track’s lyrics. The effect is simple but effective, overtaking the barebones writing to make it one of the album’s most stirring listens. Returning to a slow rock push on “What I Want” feels a bit wrong after “Tears” however, as the depth feels completely removed. They do however bring the heat in the track’s bridge, creating a real sense of tension in the midst of it all.