Starcrawler release video for “She Gets Around” 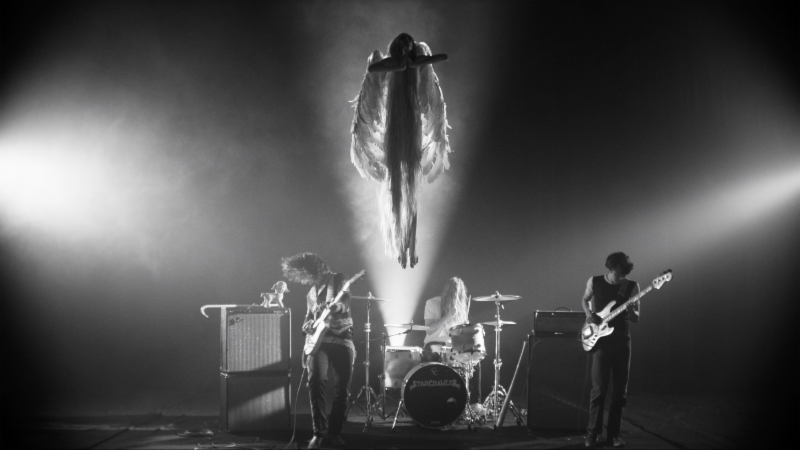 Starcrawler, recently dropped their new single “She Gets Around.” The first taste of the band’s forthcoming, details yet-to-be-announced new album, “She Gets Around.” The track is accompanied by a new video, directed by Gilbert Trejo, featuring “>Arrow de Wilde channelling her inner Ozzy Osbourne as a suspended, manic angel. Starcrawler kick off three months of straight touring this week, with a few headline dates before embarking on tours with The Distillers, Beck, Cage The Elephant and Spoon.

de Wilde and Trejo on the Video:

“‘She Gets Around,’ at its core, is a song about losing faith in someone,” explain. “It’s about building someone up in your own head, deifying them, only to have that mental image destroyed in seconds. Not everyone is actually an angel, and sometimes we have to destroy our own marble, saccharine image of them in order to move on. Crow bars and baseball bats make it easier.” Watch the video now HERE.