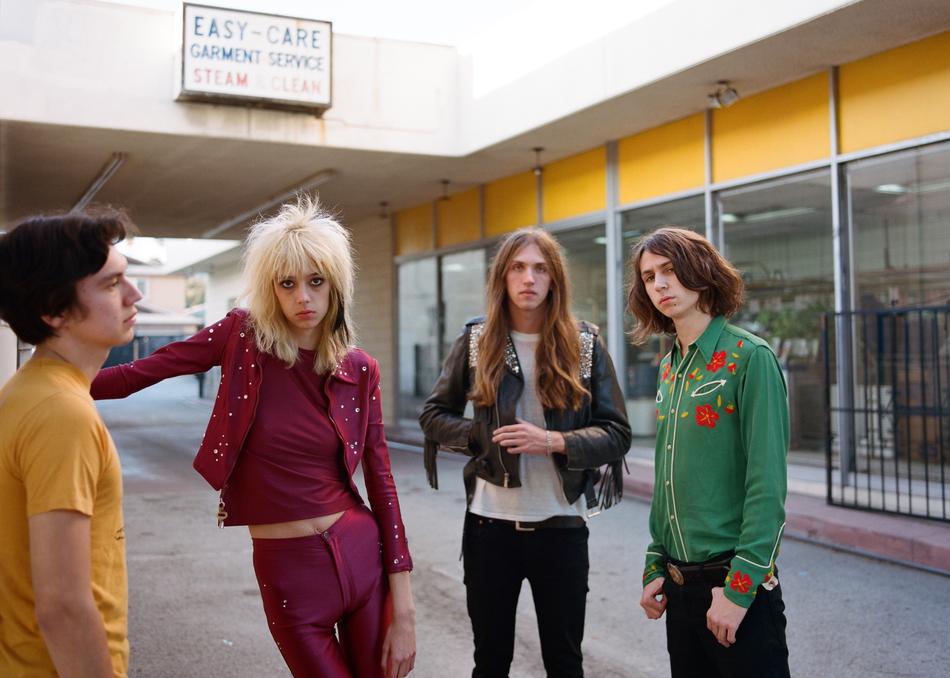 Los Angeles band Starcrawler have released a new video for “Love Gone Again”. The track is off their current release for Sub Pop. The band continue their tour on May 11th in Toronto.

The band will also spend plenty of time on the road soon, including shows in Toronto for Canadian Music Week, a return to New York on May 15th, and plenty of shows in the UK + EU in June. They will play their first stadium on June 23rd in London when they open for the Foo Fighters on June 23rd.

Starcrawler’s self-titled debut was recently released by Rough Trade Records. They are a 4-piece band. The members are lead vocalist Arrow de Wilde, guitarist Henri Cash, drummer Austin Smith and bassist Tim Franco. The youngest member is 16 and the oldest is 22.