STARCRAWLER debut video for “Let Her Be” 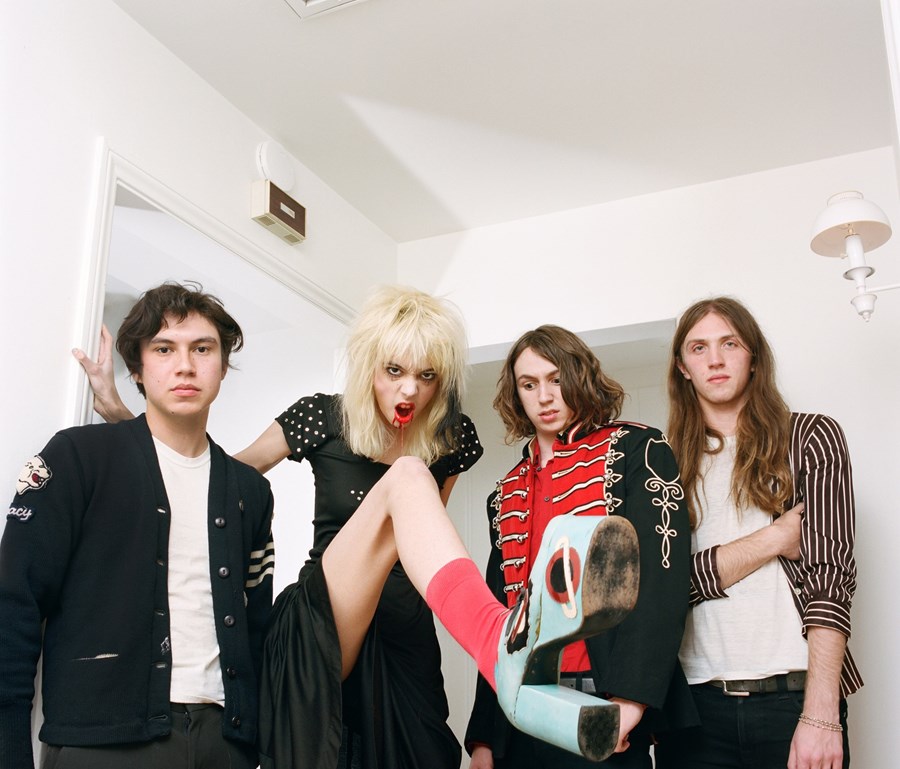 LA, band STARCRAWLER, have released their new video for “Let Her Be”. The clip was directed by directed by J. Casey Modderno. To celebrate the release of the video, STARCRAWLER head to the E.Coast for the first time ever this week to play a handful of dates. They play in Philly tomorrow night and Brooklyn on Friday night before heading to the Meltasia Festival in Upstate NY. STARCRAWLER’S forthcoming release, was produced by Ryan Adams, and will be released via Rough Trade.

J. Casey Modderno on the video:

“Starcrawler has an amazing live presence, and one of the first things I noticed was the almost demonic energy that Arrow has on stage – crabwalking, spitting blood…. so we just decided to run with that concept which we already saw in their live show, that when Starcrawler performs, Arrow becomes possessed by literal demons. We wanted to showcase what we already loved in Starcrawler’s live shows, a super visceral and physical performance, full of energy, motion, and tons of fun.”

They play with squalling riffs and thundering beats, and their incendiary live shows, fronted by de Wilde’s otherworldly magnetism, recalls nothing as much as a youthful amalgam of the Cramps, the Yeah Yeahs Yeahs, and Alice Cooper. 18 year-old Arrow is like a young completely rocking Patti Smith. Her all-time favorite artist is Ozzy Osbourne and she is greatly inspired by Cherie Curie of the Runaways.

Starcrawler hail from Los Angeles and formed one year ago when lead vocalist Arrow de Wilde first met guitarist Henri Cash at their Echo Park high school. Shortly thereafter, the streets of Hollywood brought them the rhythm section of Austin Smith (drums) and Tim Franco (bass). Austin and Tim are in their early 20s, Arrow just graduated high school, and Henri is finally old enough to get a drivers license.