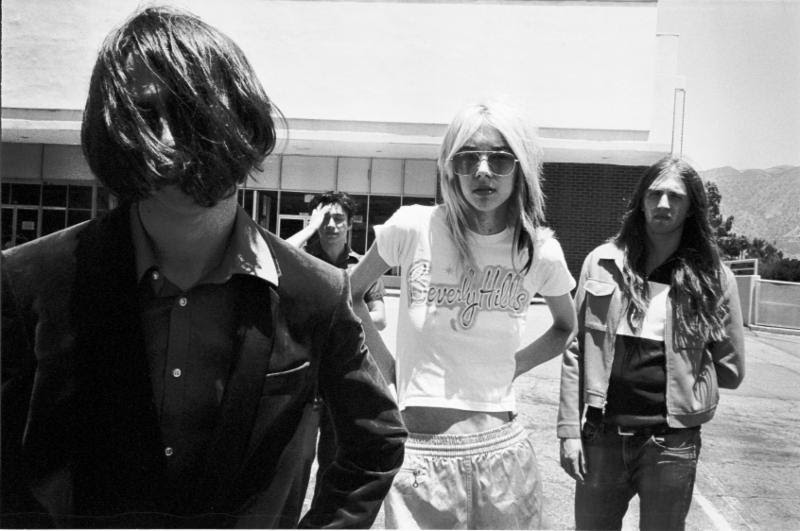 Los Angeles band Starcrawler have released a cover of The Ramones “>”Pet Sematary.” The song will be featured in the intro credits in the new version of the film. The band have toured non-stop all over the world, including sets at Primavera, Rock Am Ring, Download Festival, Voodoo Festival, Fuji Rock, Reading, Leeds and more. In March, they won the 2018 SXSW Grulke prize for best US act after blowing minds at each of their nine shows. Starcrawler were VEVO DSCVR artists with video testimonial from Shirley Manson who said “I feel like Starcrawler, and in particular Arrow, are really challenging the norms in which women are seen in music.” The amount of support they have received from their fellow artists has been overwhelming. They opened shows for the Foo Fighters at Olympic Park in London, and toured with The Distillers and MC50 (the super-group led by MC5 founding guitarist Wayne Kramer) where Arrow sang “High School” with them and, in November, opened for Morrissey in San Diego.

“Pet Sematary” was recorded by Mark Rankin (Queens of the Stone Age, Adele, Bloc Party, Weezer) and mixed by John Congleton (St. Vincent, Sharon Van Etten), and is a wild and contemporary run on the original track. Starcrawler, is fronted by the enigmatic nineteen-year-old frontwoman Arrow de Wilde.