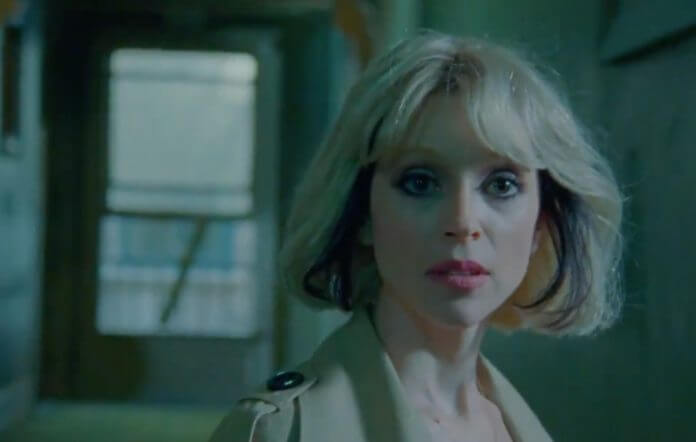 Interview with St. Vincent
Share on TwitterShare on PinterestShare on PocketShare on RedditShare on FacebookShare on Email

There was a time when all rock stars seemed larger than life. Artists like David Bowie, Freddie Mercury, Stevie Nicks, Sly Stone. All of them share in common these huge personalities and a need for continued artistic exploration. There is a common complaint among music fans that this type of artist doesn’t exist any longer but you wouldn’t have to look any further than Annie Clark to realize this notion is incorrect. As St. Vincent, the multi talented singer, songwriter and producer has been putting out consistently great and interesting music since her debut album Marry Me in 2007. Prior to that Clark was a touring member with the Polyphonic Spree and Sufjan Stevens before starting her own band in 2006 and has since gone on to release six amazing records all examining her take on different genres and styles of music. Her latest album, Daddy’s Home, which drops May 14th via Loma Vista Recordings, is a masterclass in songwriting and musicianship. The record explores the type of “music made in sepia-toned downtown New York from 1971-1975” and she captures that all on a vivid and remarkably wide screen canvas.

The album, which she wrote and produced with Jack Antonoff, was announced via street posters in late February, it showed Clark in a blonde bobbed wig, looking like a leading lady in a Cassavette’s film and was emblazoned with the words, “Warm Wurlitzers and wit, glistening guitars and grit” and it immediately had fans anticipating what was to come. When we reach the charismatic and easy to laugh artist at her home in Los Angeles to talk about the album, she has just finished a wardrobe fitting for her upcoming SNL appearance and she jokingly refers to that as, “It is just nice to have something to do.” While we all have been in some form of a holding pattern over the last year Clark has been working on finishing her new album and using her downtime to focus on some of the things that she is passionate about, such as her songwriting craft, but as she says about the songs on Daddy’s Home, the process took a roundabout way to get to where it felt it that it wanted to go.

“With these songs, it just kind of happened. I know that probably isn’t a satisfying answer,” Clark says with a laugh, “but I just kind of started writing, like I do, and you think ‘oh it’s going to be like this or it’s going to be like this’ but the music is smarter than you are and it ends up taking you where it wants to go. I ended up going back and listening to these records, which I’ve listened to more than anything. Stuff from the early 70s in New York. Stevie Wonder, Steely Dan, Sly, you know lots of other S words,” she explains with a chuckle. “I just started really digging into that sound cause it’s been with me for so long but I had never really explored it.” Explore it she certainly does on Daddy’s Home. From the lead track and single, “Pay Your Way In Pain,” with a Sly and The Family Stone esque hard edged funk to “Laughing Man” and its reverb drenched snare and Clark’s smooth tenor holding together an amazing soul groove, the record is what music felt like in the 70’s and this specific feeling is imprinted throughout the album’s eleven tracks and three interludes. “When I walked into Electric Lady to start working with Jack, who co produced the record, I just said to him that I want to make a down and out downtown kind of sound,” she says, “and it’s just one of those things where you have to go the long way around for certain things to feel fresh again.” Sometimes it takes this kind of exploration for the songs to start to take shape and exploring this style of music wasn’t what Clark had in mind initially when writing the record. “If you try to force it into one direction it usually doesn’t work. I tried to write a bunch of heavy songs because I just thought that is where I wanted to go but when I got there, I was like oh, I don’t really have anything to say here. What I was really ready to do was to write songs about flawed people doing their best to get by and to write about things with a lot of humour and compassion.” While Clark was looking decades past to make her characters come to life, she also realized the ideas she was striving for still hold true today. “It does feel like where we are now but these types of sounds are so instantly inviting, it’s like ‘come over here and sit down in this old beat up leather chair and roll a cigarette’, it’s that kind of feeling.”

Another thing Clark captured during her time in the studio with Antonoff was a sense of fun. “It was a lot fun, it was just genuinely fun. I wish I could say that there is a deep torture involved because we tend to associate suffering with good art,” she laughs, “but it was a lot of fun. For the most part it was me and Jack Antonoff just jamming.” While it was mostly just the pair working in the studio together, one of the things about Daddy’s Home is that it feels like a live band just pouring their hearts out onto the tape. “That is definitely what we were going for, even if that isn’t exactly how it went down. For the most part I would come in with a song or some really strong ideas of the song and might need a little help fleshing out this part or that part and then we would just kind of jam on them.” In terms of what kept bringing Clark back to the sounds of the 70s, she explains, “There was this level of sophistication that was never at the expense of soul back then. It was a really interesting time when the world was bad,” she says laughing, “but the music was great. Even though, in downtown New York where people were living in all kinds of burnt out buildings, you had rock music and soul and jazz and funk all just kind of melding together and people could really play,” she explains with enthusiasm. “Don’t get me wrong, I think that there are so many different ways someone can make great music without sitting down at an instrument per se, there are a lot of ways to get at beautiful things but people could really play then.”

With being able to capture that time, place and feeling of a solid group of musicians laying it down in the studio for Daddy’s Home, one of the things about the album is that it practically begs to be seen in a live context. “Oh, I mean I’m definitely fantasizing about it and I think it will feel kind of new and refreshing in a lot of ways. On the MASSEDUCTION tour I was kind of in the midst of a production arms race and that was what kind of what was happening with live music in those days and it worked because that was the vibe of that record, a kind of sensory overload, a multimedia experience but I think this situation will miraculously feel right for the time because it is just about people playing music onstage and playing music really well and not necessarily all about having full domination of your senses by screens. I can’t wait for it when it does happen again.” While the waiting game brings us back to the subject of the pandemic, Clark has managed to keep everything in stride during this time. “I’m lucky,” she explains, “none of my friends or family have gotten perilously sick but I had been touring for basically all of my adult human life and to have this forced standstill, and I’ll be honest at first, like most people, it was very nerve-wracking but then I kind of settled into it in a nice way. What usually happened before is you put out a record and tour, tour, tour and then when the cycle is over and then you go to make another record and the writing, it’s like working out your muscles. You get in the flow and you get really good and you’re doing it everyday and you can be so prolific but then what happens is you have to stop to make the record or do something else and you have to start all over the next time. Now I’ve been able to stay in the flow of writing which has been really fun.”

While hopefully this means we will be hearing a lot more from Clark, musically, after the release of Daddy’s Home, one of the interesting things about her is that she is consistently flexing her creative muscles in all sorts of different mediums. Last year marked the release of the film The Nowhere Inn, which she starred in and wrote with her friend and collaborator Carrie Brownstein. When asked if it is tough to separate the different types of things creatively from each other, Clark explains, “I think they are all really similar in a lot of ways. I know personally that if I am playing material or singing material or trying to work on material in an actor-y way, I know that I need to put it in my body in a very deep place and then I’m able to play with it. It has to go in and become effortless then I know I can play. For your process, I think there are a lot of things that are applicable across different mediums. You don’t want to be making decisions based on fear and you only get to that place by trying and failing and trusting your instincts. This way you get to know the emotional ebbs and flows of the process so it’s not so jarring or disconcerting when it happens. There is this burst of energy when you get the initial idea and its like ‘Oh, this is everything’ and then there is the downward slope where you start thinking ‘What is this, what are all these pieces on the floor, I have no idea what is going on’ and then you have the hero moment,” she says laughing, “where you are like ‘I did it, it’s done!’. You just need to make sure you are working with people you like and trust and can figure out how to use their talents in the best ways. Whether that is with players, where you love this thing that this person does and you just let them do them and then I’ll step in if I need to guide it and of course, you need to step in to guide it, but finding that place where there is this free flow of ideas, you get better at realizing which one of these ideas are just better than some others.” Well, it seems like Clark has spent a long time figuring out the best way to make her own creative process work for her and we are all lucky to be privy to the amazing work she has made and so much more yet to come.