8 months ago
Words by Charles Brownstein 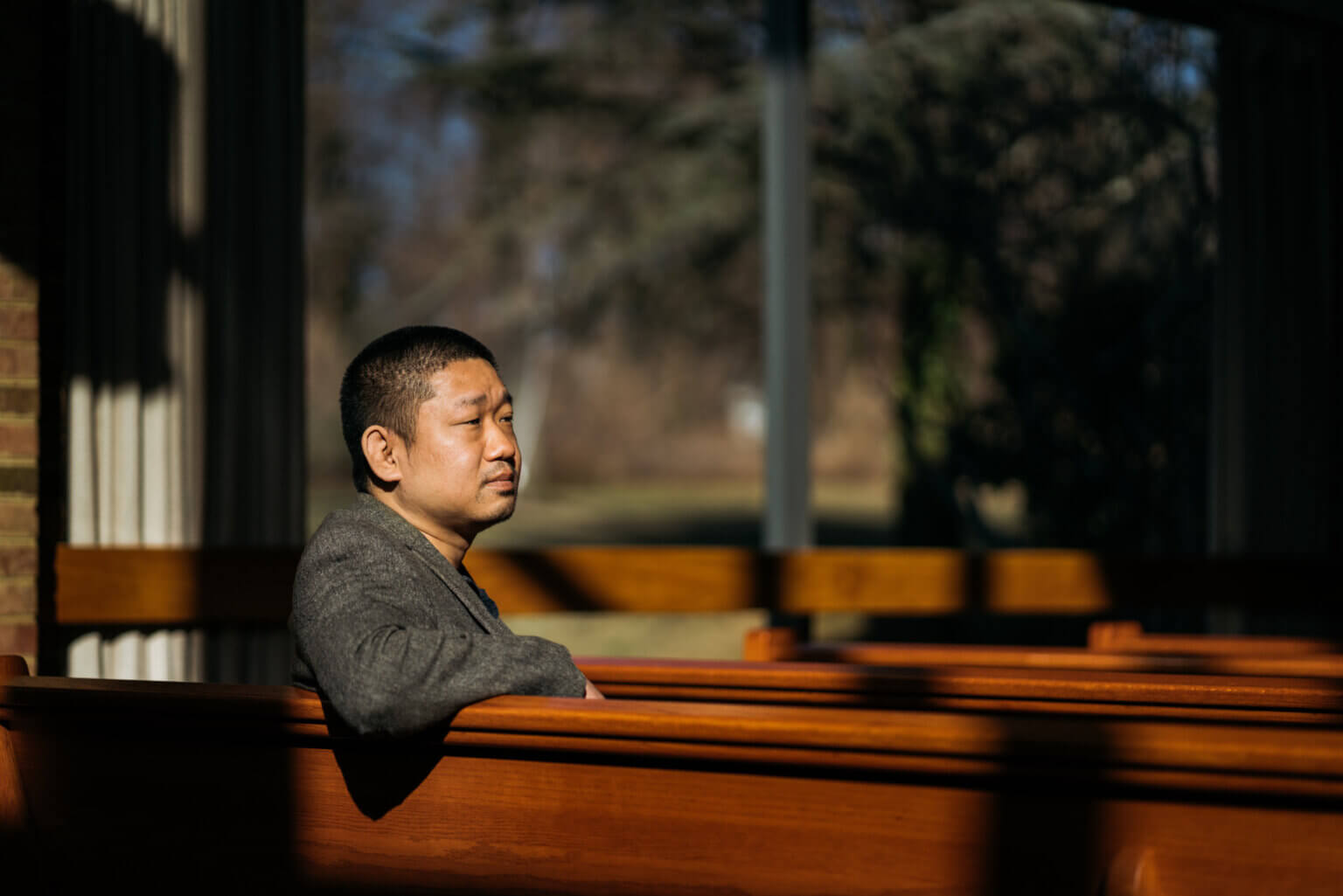 St. Lennox photo by Janice Chung
Share on TwitterShare on PinterestShare on PocketShare on RedditShare on FacebookShare on Email

Korean-American artist Andrew Choi who performs as St. Lenox. his forthcoming release Ten Songs of Worship and Praise for Our Tumultuous Times, drops on June 11, via Don Giovanni Records/Anyway Records.

Korean-American artist Andrew Choi who performs as St. Lenox will release his new album Ten Songs of Worship and Praise for Our Tumultuous Times on June 11, via Don Giovanni Records/Anyway Records.

Aside from being an accomplished singer/songwriter, Choi is presently a Manhattan attorney and holds a PHD in philosophy. He also recently published his essay “Towards an Asian-American Music” on Korean Indie and was featured alongside Toni Charline and Eugene Cordero (Star Trek, The Good Place) on the Improv4Humans Podcast with Matt Besser.

Northern Transmissions: Congratulations on the new album. I usually try to stay away from contrived questions about new albums, but your story is so fascinating. You have a PHD in philosophy, and are an attorney in Manhattan. How did you have the time to write and record an LP?

St. Lenox: I’ve been writing music for a long time. Many of these songs are a decade old, and I’ve just never released them. I still had to write a few songs to fill out the record, but it wasn’t as big a lift as if I tried to write it from scratch. But I don’t really try to intentionally write records, it’s more like I curate them from the catalog of songs that I write and the catalog continues to grow. The catalog of unreleased material is enough for at least another few albums, but I’m sure by the time I record those, I’ll have another few albums of material.

NT: How did your experiences with religion inspire the album?

SL: I mean I’d say there aren’t any particular experiences that announced themselves as things that I’d write about. I had some very positive experiences with religion when I was younger, and I wanted to capture the sense of hope that I had when I was a young person going to church. That sentiment is probably best captured in the song “Bethesda” about my time at a church in Ames Iowa. Aside from that, I think the record is more of an exploratory exercise in trying to make religious experience meaningful to me. I’m not proselytizing, I’m not even that committal myself, just inviting the listener with me to think open-mindedly about religion, through the creative process of songwriting. I say that the songs are a kind of praise music, but it’s very different kind of praise music.

NT: Music can be very powerful. It’s been used all the way from for political agendas to chanting for health. In these troubled times, do you think it can help bring people together, in a positive way?

SL: I mean, I think it can. I don’t think it’s used very well. I doubt anyone who attended a Trump rally was on the fence and heard the music and was then like, “I’ve made up my mind.” Same with Christian rock and pop. If you do a graph of Christian rock and pop releases, and a graph of church attendance in the United States, I’m pretty sure you’ll see an inverse relationship, suggesting at best that Christian rock and pop is actually driving people away from the church. I just think people are really obvious and not cool about writing political and religious music. And listeners are just not that dumb. You want to motivate people you have to understand what their motivations are and then use music to highlight things in a way that gets their motivations running. I could have written a record called “God is COOL. Vote Blue.” But that would be a dumb record. Yet people decide to write too much political and religious music like that. There’s a way to unify people, but you unify people by looking at motivations, not merely by writing songs, unless those songs pull at those motivations in the right way.

NT: Why do you think the younger generation is turning away from religion?

SL: I don’t think they are. I think they don’t like traditional church-based organized religion, and for better or worse, the internet is helping people to think more independently about religion. I think you have a lot of people who have spiritual leanings and find themselves a bit adrift because they are unhappy with organized religion, and maybe they will slowly start to find a community of people that they can associate with meaningfully on that basis. I mean, if anything, I hope the record helps people with that journey.

NT: After this long period of darkness. Do you think we are heading into a renaissance?

SL: You know, I remember during the Trump years, people were thinking that Trump was going to cause a musical renaissance during the Trump years. That didn’t happen. Look at your major music releases and even indie music releases. I think a kid 50 years from now could listen to the major releases in indie music and not even know that Trump was president and was a horrible person. If you ask me if there’s going to be a musical renaissance now that Trump is gone, I say don’t hold your breath. The contours of the music industry are mainly being shaped by how ad revenue gets funneled to outlets. That fact didn’t change from Trump to Biden, so I don’t see how we’d have a renaissance. You’d need to see different financial and motivational forces at play for that to happen. So much of the coverage of music is filtered through a business mindset, but the business mindset is inherently conservative because it reflects people’s actual motivations not their aspirational ones. It is what it is.

NT: I mentioned political agendas and music before. Were you surprised when T_ump was using Bruce Springsteen’s music at his rallies? Bruce’s music sends messages of anti-war, equal rights, struggles of the working poor.

SL: I wasn’t surprised because T_ump only thinks about things transactionally and in terms of his self-interest.

NT: Who are some of the artists that are inspiring you, these days?

SL: I was listening to the latest from The Hold Steady earlier this month, and thinking about Craig Finn’s lyrical choices and delivery, and the music writing in general from the band. It’s making some of the wheels turn in the back of my head.