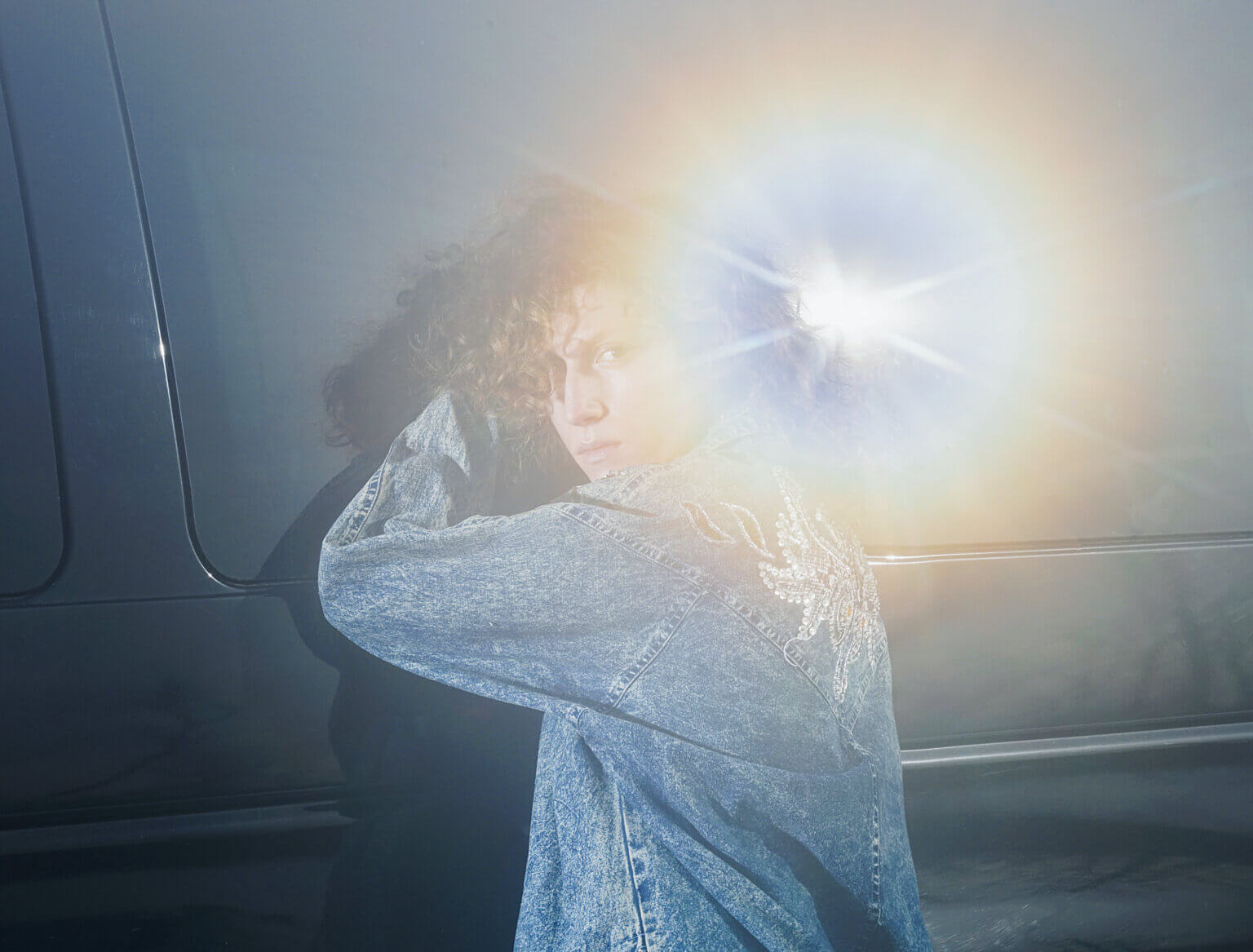 Squirrel Flower AKA Ella Williams, has shared a new Single/video, “Flames and Flat Tires,” off her new LP, Planet (i), which comes out on June 25th via Polyvinyl. “I wrote ‘Flames and Flat Tires’ on my second day of quarantine in Bristol, England ahead of recording. It was late August, hot, I was staying in a place that opened onto a party street, and every night I stayed up listening to the sounds of the revelers and the birds squawking and screaming until 6am, then all day watched people hanging laundry in their backyards through my kitchen window. This was one of those tunes that just falls out.”

The accompanying video was directed by Lua Borges, who elaborates: “This video is encased by the imagery of broken parts and abandonment. Objects that have become useless. Physical matter that looks so small inside our world. It gives life to an internal feeling of self-doubt and uncertainty, which the song approaches so intently. But ‘Flames and Flat Tires‘ is also about fighting to overcome that, and staying present fully. In a way, everything that gets discarded needs to immediately use its strength of survival. Even when things get broken down they continue to exist forever. They are also fighting to survive. Metal scraps constantly battling the rust from taking over, or plastic waste that can challenge the most powerful decomposers. It’s the law of nature: everyone wants to survive. The most powerful instinct.”

The songs on Planet (i) are Squirrel Flower’s instruments for connection: it was recorded in Ali Chant’s Bristol studio The Playpen, and while Williams and Chant played most of the instruments on the record, Bristol drummer Matt Brown and Portishead’s Adrian Utley also joined their sessions. The album features backup vocals from Williams’ friends and family; Tenci’s Jess Shoman, Tomberlin, Katy J. Pearson, Jemima Coulter, Brooke Bentham, and her brothers Nate and Jameson Williams, as well as her father Jesse.