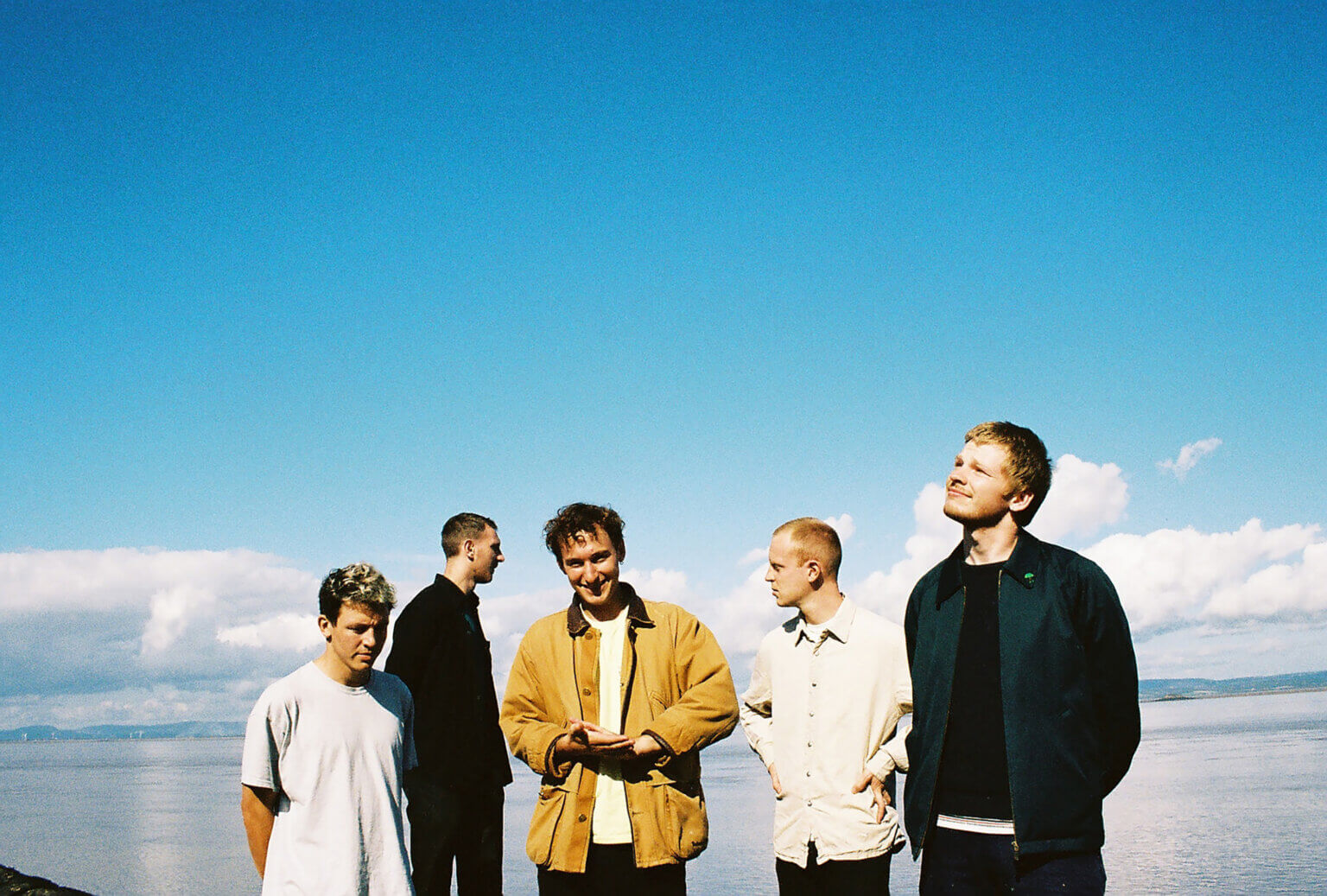 Bright Green Field was initially written in Judge’s old local pub and recorded in Carey’s London basement studio. It features field recordings of ringing church bells, tooting bees, microphones swinging from the ceiling orbiting a room of guitar amps, a distorted choir of 30 voices as well as a horn and string ensemble featuring the likes of Emma-Jean Thackray and Lewis Evans from Black Country, New Road.

“Narrator,” which features guest vocalist Martha Skye Murphy, was inspired by the 2019 film A Long Day’s Journey Into Night. The song follows a man who is losing the distinction between memory, dream and reality and how you can often mold your memories of people to fit a narrative that benefits your ego. Martha Skye-Murphy made the point that the unreliable narrator is, more often than not, a male who wishes to portray women as submissive characters in their story. After some discussions with Martha she thought it’d be a good idea that she play the part of the woman wanting to break free from the dominating story the male has set.”

Squid’s first ever official video, directed by Felix Green, shows the micro-components of a 3D design. “I had wanted to make a video about the virtual creation process for some time. I often think this ‘behind the digital curtain’ part of 3D design looks more interesting than the final finished product since it conveys a process and an authorship,” says Green. “When I was approached to pitch on ‘Narrator’ I immediately thought it could be the perfect match for this very visual idea.”