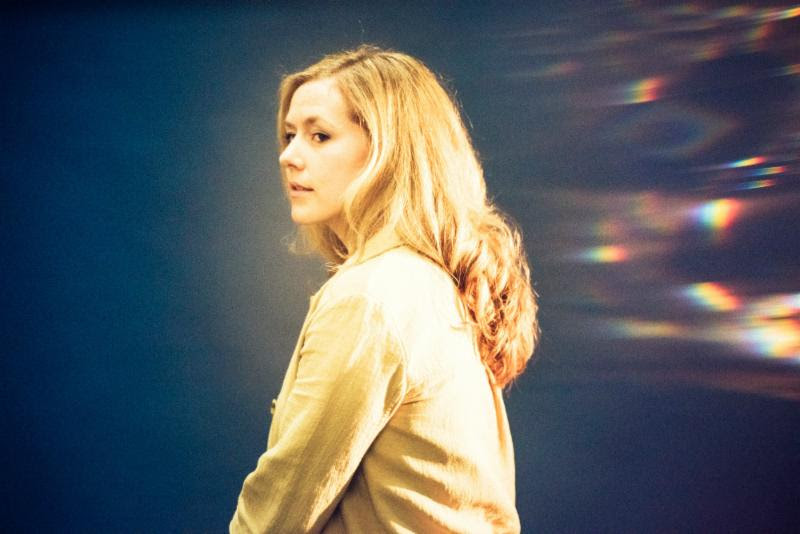 Singer/songwriter and multi-instrumentalist Greta Morgan AKA: Springtime Carnivore, has announced the release date of her second album Midnight Room, due out on October 7 via Autumn Tone Records. Today, she is sharing the first single “Face in the Moon”.

“‘Face in the Moon’ was written in a 15 minute flash after a week of lovelorn, sleepless nights watching space conspiracy documentaries and listening to Bruce Springsteen’s Nebraska & REM’s Murmur.” – Greta Morgan

You know the curious, almost out-of-body feeling you sometimes get when you wake up in the middle of the night, where everything seems a bit fuzzy and you’re not sure if maybe you’re still dreaming? It’s a state Greta Morgan perpetually revisited during the second half of 2015, when she was writing and recording the new Springtime Carnivore album, Midnight Room. “I was on a really jagged sleep schedule,” says the Los Angeles-based singer-songwriter, describing the months during which she worked on the follow-up to her 2014 debut. “It was the first time I’d ever lived by myself, and there was this bizarre feeling at night of the house being so quiet and being so totally alone. And Midnight Room came out of that.”

Earlier in the year, Morgan went through one of those break-ups that completely topples your world. Though it was as amicable as those things can be, the twenty-eight year-old musician felt shattered. She began working on songs for Midnight Room during those strange waking interludes last summer, finding an abundance of beautiful melodies in the melancholy ether. “A lot of lyrics on the record are collaged or don’t necessarily make sense next to each other,” she says. “But I guess my whole headspace was like that for a few months. I felt like I couldn’t trust my memory completely — like i was space cadeting through the weird space between sleeping and dreaming and waking and reality.”

“How do you say good-bye to someone in a certain way and still keep him or her in your life? I feel like I was asking a lot of questions during the making of the record that I still don’t really have answers to, but at least some of the songs were exploring that territory.”