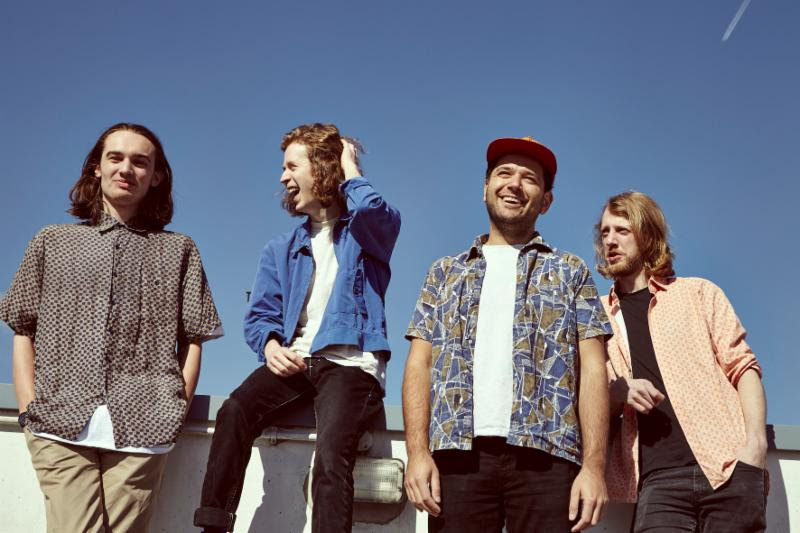 One of the UK’s most energetic young rock bands, Spring King have announced the US release of their debut album Tell Me If You Like To – out now on Terrible Records. Watch the music videos for “The Summer” and “Rectifier,” below.

Formed in the Northern English city of Manchester – known around the globe for its impressive musical offspring – Spring King came quick, hard and fast. The band recorded their debut between the now infamous bathroom studio of Tarek Musa and Chapel Studios in rural Lincolnshire before swiftly signing a deal with Island Records. With no desire to relinquish control Tell Me If You Like To was recorded and produced by the band’s talisman, songwriter, lead vocalist and drummer, Tarek Musa. It flips dark lyrical content with an uplifting and high tempo; being chaotic, yet bold, defined and driving to the end. The band and album possess a raw energy that tears its way through garage sensibilities, whilst combining pop felt melodies and leaving everything in its wake.

Ultimately Spring King like party songs with a melancholic edge. Tarek vividly remembers summertime as a teen, guitar songs blaring out car stereos and soundtracking the reckless parties he’d host in his empty house. “I want this record to be that moment in other people’s lives.” At home Spring King have toured with musician compadres FIDLAR, Wolf Alice, Slaves and Courtney Barnett.