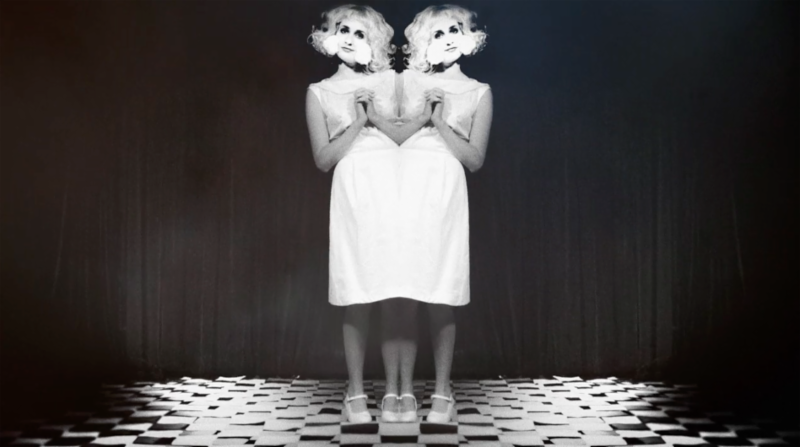 Speedy Ortiz has teamed up with director Elle Schneider to create the David Lynch-homaging video for “My Dead Girl”. Speedy Ortiz drummer Mike Falcone explains why Lynch is their favorite neo-noir filmmaker and how he inspired the band’s music video, “He’s the master when it comes to emulation of dreams. Mulholland Drive might have the best two-hour dream sequence out of any movie because it feels like a vivid subconscious progression. An extreme scenario might generate a completely nonchalant reaction, or vice versa. Bizarre details can feel totally logical. This is partially why the puppets are in our video. When you’re within a dream, puppets hanging out at a casino might make complete sense.”

Releasing “My Dead Girl” the band is excited to bring more awareness to the Girls Rock Camp Foundation by headlining a series of all-ages shows from which 100% of the net proceeds will benefit the Girls Rock Camp Foundation (http://www.girlsrockcampfoundation.org/). GRCF is a non-profit organization dedicated to providing funding for Girls Rock Camps. The purpose of the camps is to develop life skills, creative expression and collaboration through music. Since its inception in 2014, GRCF have supported over 44 camps for girls of all economic backgrounds in both cities and rural areas.

“We toured non-stop in 2015 and wanted to cap it off playing a series of all ages shows (which is always our favorite kind of show). We’ve also wanted to do a tour with a charity fundraising component for a long while. We’ve done a few fundraisers this year–for the Ferguson Library and the Baltimore Food Bank–but for this tour, we wanted to do something that had a national impact while still supporting local communities.

The Girls Rock Camp Foundation was the perfect choice. GRCF provides funding and support to the the various Girls Rock organizations around the world, which in turn provide affordable music education to kids. Girls Rock helps level the music business’ playing field by coaching girls to form bands, develop skills in music engineering and technical production, and build their self esteem along the way. We love the work GRCF does, and are proud to support them on this tour–and can’t wait to play with a Girls Rock Boston band at our hometown show! We’re also so lucky that our friend Michael DeForge, one of the best comics writers and illustrators around, has designed a narrative poster series to help benefit GRCF as well.”

See below for all upcoming tour dates