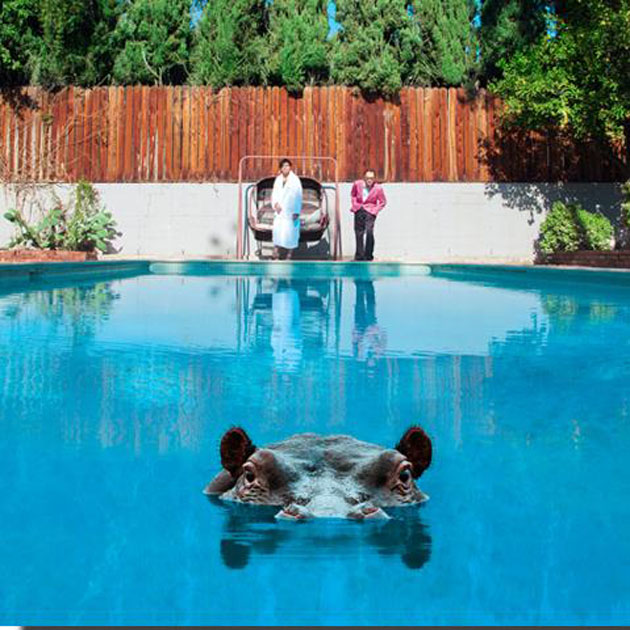 40 years and 20 + albums into their career, Sparks are still exploring the far reaches of pop on their latest offering. Coming off their collaboration with Franz Ferdinand, and several musicals to their name, this latest record hits with a lot of strange theatricality. Unabashedly themselves for better or for worse, the record is both one that’s sonically ambitious while at times maybe a little over-the-top.

Through a delicate piano line, the Mael brothers introduce the album thematically on “Probably Nothing” with hilariously realistic lyrics about arguments. On an ode to simple sex, “Missionary Position” speaks to trying not to overcomplicate things with enough humour to be taken as seriously as listeners want. While the composition straddles the cheesy brilliance they’ve always managed so well, its vigorous delivery makes the track a lot more lively than you’d expect given the subject matter. Taking a much more moody route on “Edith Piaf (Said It Better Than Me)” they bring a surprising amount of bounce in the heavy tones. While slapping in weird sounds they manage to make a song that feels elegant without getting too pretentious.

“Scandinavian Design” brings in a funky groove as they discuss interior design like characters out of a Wes Anderson film. Building a retro sounds and diving wholeheartedly into their quirkiest tendencies, they craft one of the album’s standouts. Riding a dark bass and bell riffs on “Giddy Giddy” they find a weird electronically charged track with theatrical qualities that might be coming from their recent string of side-projects. Definitely more menacing than immediately catchy, the track is a frantic listen nonetheless.

While a much more commanding and burly track than most of the songs on the record, “What The Hell Is It This Time?” definitely falls into the intensely indulgent side of the brother’s style. While modern in its production and immediately striking, it just doesn’t have that it factor. “Unaware” finds them mixing in parts Queen and Vampire Weekend for something the screeches in guitars as much as it pushes Victorian chord shapes. Along with a larger than life rhythm section that booms with its guitars, the track really comes out of nowhere on the record.

At their most avant-garde in the title track “Hippopotamus” they take a very abrasive and droning vocal line, and some of their more pretentious lyrics and try their damndest to make something shocking out of it. While impressive in how it all comes off tightly, it will prove a bit of a testing track in its demented children’s rhyme sound. “Bummer” takes a rollicking piano shuffle and huge drum sounds to chant along through exotic melodies. Definitely ambitious and overall exciting in its dynamic sense of sound, it may be a little to repetitive for some.

Spinning a spritely ELO-esque piano core into something melancholy, “I Wish You Were Fun” shines through its disheartened lyrics. Perhaps a tad straightforward, the overall of the emotion of the song carries it through its more dry moments. Ecstatic once they hit their hook on “So Tell Me Mrs Lincoln Aside From That How Was The Play?” their verses feel about as confusing as the song’s title. Showing a lot of the colours of their collaboration with Franz Ferdinand back in 2015, it definitely has some of the best alt-rock of the entire album woven into their stranger keyboard leanings.

Not even trying to hide the cameo by collaborator Leos Carax (director of Holy Motors) they make hilariously circus-tinged track that almost seems to mock the idea of French cinema. Taking in some tones of romanticized French music, the track is a lovely little satire. “The Amazing Mr. Repeat” is relentless in its movement, with vocals, percussion and keyboard always driving forward. Blending their electronic tones into something dark, they make something stark and unique while maybe a little inaccessible.

Bringing in an ambient and sunny tone on “A Little Bit of Fun” it’s interesting to note the shades of modern bands like Animal Collective and even some 70s bands that come together beautifully here. “Life With The Macbeths” closes the album on the closest note to a stage play that Sparks bring on the album, giving a modern take on the famous play. While interesting lyrically it feels all too out of place on the record.