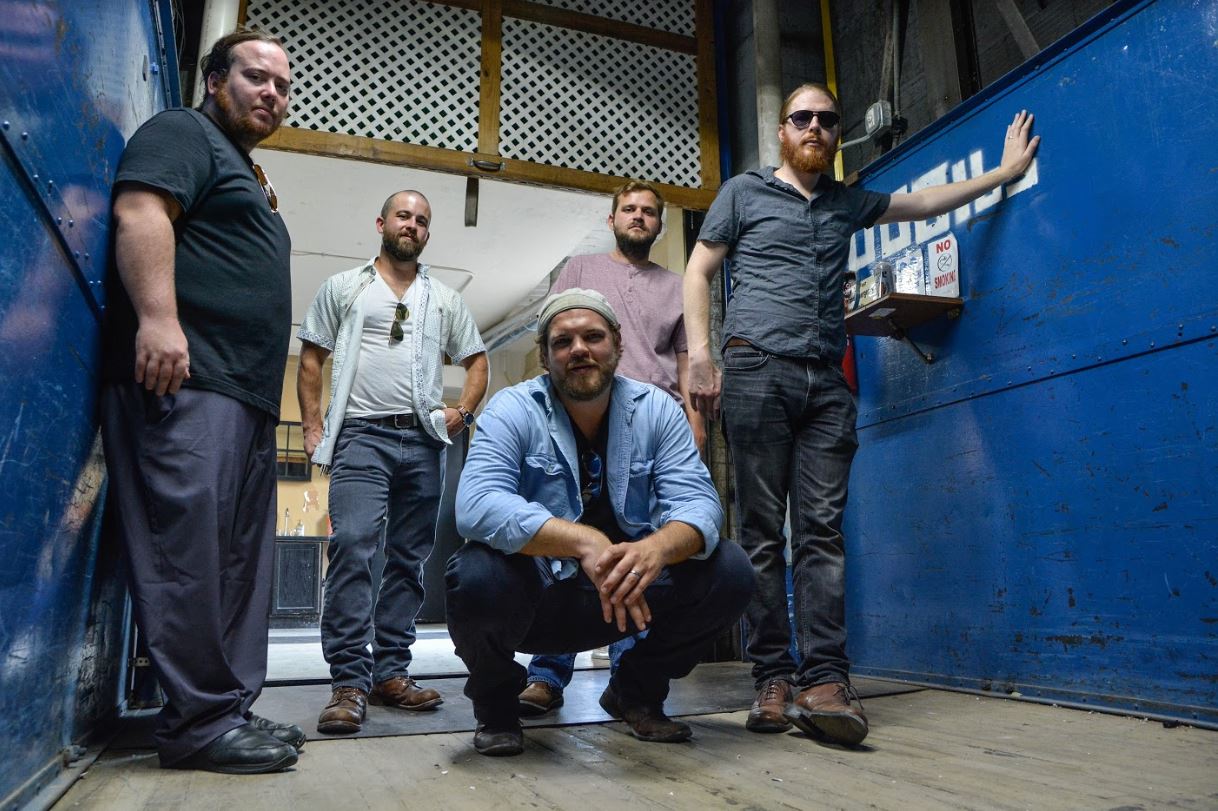 Sound Company describe their music, as a blend of psychedelic, rhythmic, combined with a groove-driven stomp. The Louisville’s band members have toured internationally and owned local music venues. Years before releasing the band’s self-titled debut on Core Sample Records, guitarist Billy Lease, frontman Hunter Embry, and bass player Jeremy Grawemeyer held Sound Company’s first rehearsals during the summer of 2015. By early 2016, they’d begun recording original music together, too, releasing their kickoff single — the moody, dynamic “Run,” written in protest of Kentucky’s controversial governor, Matt Bevin. The band’s audience grew, as did their lineup, with Nick Hall joining on keyboards, Josh Anna on drums and Jaime Innis replacing the late Grawemeyer on bass. Ahead of the band’s self-titled release, out May 3rd on Core Sample Records, the band have shared the single “Run.”

“Run” is the first song we recorded as Sound Company. It took an hour to write the song and even less time to record it, but this particular tune means more to Sound Company than any other track. The song features the late Jeremy Grawemeyer on bass and eventually led to us working with Eastwood / Core Sample records. It was Jeremy’s idea to start the band. When he passed away, we were left with one recorded song and a decision to either call it quits or move forward with the idea. Obviously, we chose the latter, and we’re proud to carry on his legacy with this band.