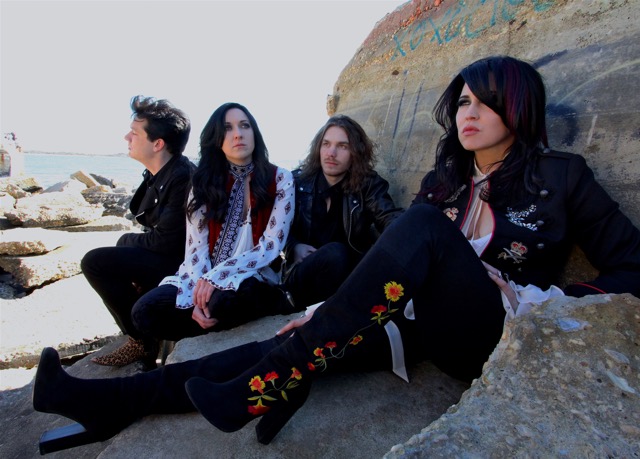 Soraia’s forthcoming release Dead Reckoning, is due out on October 13th via Wicked Cool Records. Today, the band has released a new video for albumtrack “Quicksand”. The song, premiered last month as the “Coolest Song In The World” on Little Steven Van Zandt of the E Street Bands’s radio show lead singer ZouZou’s stage presence has been called “a true mix of Iggy Pop and Joan Jett.” Soraia kick off their tour on September 20th in Allston, MA.

The inspiration for this song comes from two events major events:

Hearing the “Black Coffee” remake/cover by Rival Sons, and the death of David Bowie.

The death of David Bowie had me listening to a lot of older Bowie at the time, so hearing “All the Young Dudes” made me think of the connection between then (when Bowie wrote the song) and now. It’s still so strong. It made me think of this time and the people in it,and how sometimes I hear how we’re all drowning in negative thoughts, and why is that, and what do they mean?
Ultimately, “Quicksand” is a commentary on the insidiousness of how – even in today’s times – we are individually and socially facing things we thought were over years ago, within us and outside of us.

The whole record is an uncovering of the secrets of who we are, in all our glorious and terrible ways.