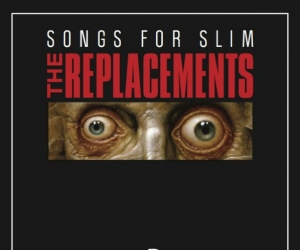 Pixies frontman Frank Black has joined forces with Minneapolis punk legends The Suicide Commandos to reinvent former Replacements guitarist Slim Dunlap’s “The King & Queen” for the next installment in the limited edition Songs for Slim 7-inch series, a non-profit project created to benefit Slim, who is still recovering from a massive stroke that he suffered last year. The auction-only release, which features Australian alt-rockers You Am I tackling Slim’s “Ain’t Exactly Good” on the flip side, is limited to 100 beautifully packaged, numbered, signed copies and features original Chris Mars artwork on the picture sleeve. The auction launches today, July 15 at 10 am PST via http://www.songsforslim.com/

The Commandos (who first crossed paths with Slim back in the mid-70s Minneapolis pre-punk scene) and Black turn Slim’s Stones-ey original into a frighteningly heavy monster of a song, topped off with an insanely maniacal vocal performance by Black that won’t soon be forgotten. “The King and Queen” was recorded in various New York and St. Paul studios, produced by Replacements/ Guns ‘n’ Roses bassist Tommy Stinson and Steve Almaas (Commandos, Beat Rodeo) and mixed by Mitch Easter.

One of Australia’s best musical exports, alt-rockers You Am I, often called the Replacements of Australia, deliver a crunching, high-voltage reading of Slim’s magnificently acerbic “Ain’t Exactly Good.” The song is an uptempo delight that is brilliantly in tune with the spirit of the original, one of Slim’s finest compositions and performances. It was recorded in Melbourne and produced by the band.

Last month’s auction of the John Doe & Deer Tick/Vanessa Carlton/Scott Lucas single was another success, with almost $6000 raised for Slim and his family. Once again, heartfelt thanks to everyone for their continued support and all of the good vibes being directed to Slim and his family.

(+ bonus tracks), including the two songs The Replacements did on their EP that kicked off this whole project. Release date will be later this year. Stay tuned for further details

Reminder: all Songs For Slim releases are now available digitally via iTunes and Amazon with the exception of the special Record Store Day release, which won’t be available digitally until July 23 due to the standard 90-day RSD exclusivity agreement.

Don’t forget about the Songs For Slim online store: merchlackey.com/songsforslim for t-shirts, slip mats, bracelets and necklaces, with specially-priced bundles also available. Like all SFS projects, all proceeds go towards assisting Slim and his family.