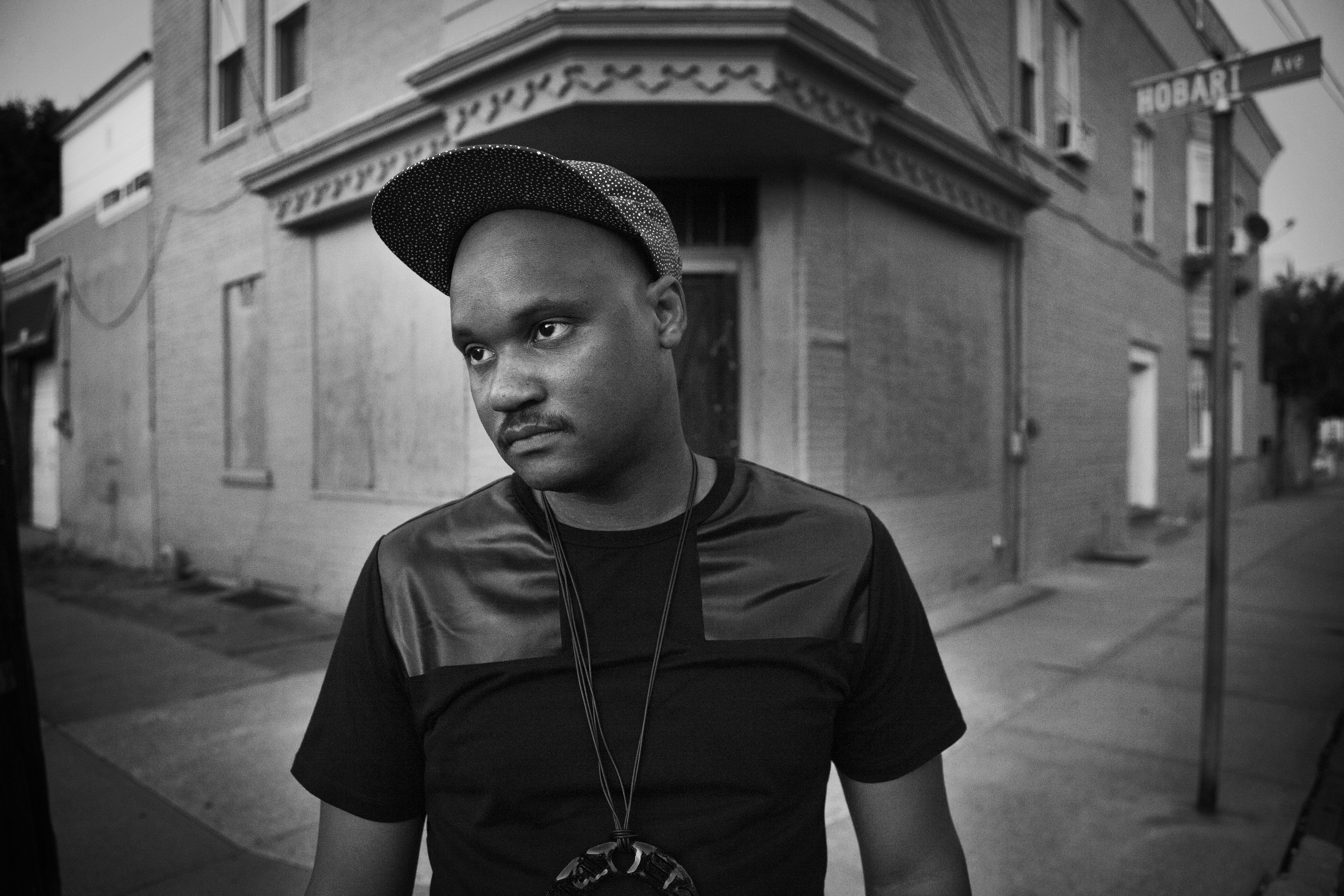 America’s Son Little comes to us with his latest musical offering: a cover of Drake’s “Hotline Bling”, on ANTI-Records.

Playing his songs across the United States and in Europe over the past year, with a wide range of artists and to varying audiences, Son Little has noticed something particular about his own music. “As I’ve been going around to different places with this very eclectic mix of other acts, one thing that’s struck me about my music is just how American it is,” he says.

“Part of what’s unique about this country is its intense mixture of things. People in different regions don’t always understand each other that well, but music can go places that people won’t always go. That’s part of who I am and definitely part of the music I’m making, so now more than ever I feel very American.”

The artist formerly known as Aaron Livingston knows his nation well. He was born to a preacher and a teacher in Los Angeles, where he learned how to listen and how to play before moving east to New York and New Jersey. He dropped in and out of schools in Manhattan then Philadelphia, and there he collaborated with acts like The Roots and RJD2. He first planted his flag as Son Little with last year’s highly praised EP, Things I Forgot, a small collection of big songs that showcased his ability to hop across genres as well as he does state lines.

Son Little can hear a map in his music. In it, he can recognize the places he’s lived, traveled, and played to, places explored and discovered. “I hear places in the songs without trying to evoke them while writing. I can trace where a lot of my music came from, as my life and my family touch so many different places. I can hear the Gulf Coast of Louisiana in my voice, the way I say some of the words; I hear New York, definitely in my lyrics. Detroit is a place I haven’t spent a ton of time in, but if I explore the music of Detroit, I can hear myself in there, too.”

The bins of Son Little’s record store are divided into sections called “Tuesday 3 a.m.” or “Fluorescent Blues” or “Saying Goodbye” rather than “Rock” or “Soul” or “Pop.” It’s a space where people can discover fresh sounds they might not have been expecting based on feelings, emotions, and truth rather than imaginary lines drawn in the sand. “I never thought that genres matter, I just mixed them all up and put them next to each other,” he says. “Making a mix growing up, I’d put Nirvana next to Nas next to Coltrane; Hendrix next to Naughty By Nature, whatever. I always thought of it that way. I actually feel like it’s maybe the norm that people don’t even think about it anymore, except in the industry, where there’s more pressure to conform. Maybe the landscape is so blurry it makes people nervous, they just want to categorize something. Using band names as adjectives, that’s kinda cool but I look at it from my own thing and it’s gonna need more band names.”

In truth, Son Little’s music is devoid of genre, as it blends sounds together into a bright white hotness, like all the colors in the spectrum do when finding focus as one. As the saturation of light increases, color appears more pure. His new full-length album, Son Little, does the same. The sonic elements create visuals and vice versa. The album’s cover image is a saturated snapshot of a whirring, suited Son, worked over with long exposures and leaky ink, revealing a brilliant portrait of the blurry artist: the pure man with the pure music. “There’s a lot of different colors there and they kinda fade into each other, but the constant for me is the dream, the smudge, the saturation,” he says. “Every color there is very deep, very rich; you put them all together and it’s the bright light of the sun.” The songs inside follow suit.

“The easy way to describe my audience would be to say it’s pretty broad, but the more accurate way of saying it is that my audience is the brave,” he says. “It’s the people who move amongst different crowds easily, who are open to new things and not waiting for other people to tell them what to like, who are very certain and know what they want to hear. That feeling has been strengthened by all these shows I’ve played in different markets, with artists who are so different from each other. I meet these people, and the thing they have most in common is that they don’t care what the trend is, or what other people think about it, what’s it’s called. They don’t care about any of that shit, they just like what they like and that’s that. It’s not about gender, age, race, nationality, or any of those things; it’s just about how you feel inside, about the world. It’s more of an attitude, a sense, than it is a genre or trend. It’s not a shirt at Urban Outfitters. It’s a lot deeper than that.”

Like his fearless heroes—Hendrix, Dylan, Prince, Nas—Son Little, both the artist and the album, aspire and strive to be brave.

“That’s what it’s about, be brave, do the thing you’re afraid to do. When I look at it now, the whole album is that, every song is that. There’s nothing but that. There’s some aspects of it that I probably wanted to hold back or edit and just didn’t. I think I’ve learned not to censor the things that make me uncomfortable. On ‘About A Flood’ I sing, ‘What if every tear in me comes out?’ That’s an as-not-hard a fucking thing as you can say. At the end of the day I have to say to myself, ‘I don’t care, I said it.’ I’m gonna say it. Every single song has an element of that, in the lyrics and also musically. Let it be what it is.”