Naytronix, the solo project of Tune-Yards’ Nate Brenner, announces a new LP, Other Possibilities, due Oct. 29 via Overseas Artists Recordings & shares the video for the first single, “Somebody.” In July of 2020, Nate Brenner had a serious running accident. “Okay so how do I still play bass?” was all he could think the whole way to the hospital. “Maybe I can prop it like this, or kinda play with this hand here…” He returned home with a broken collar bone and dread for how long he might be forced to rest, like an athlete with a torn ACL. At first, trying to play music felt daunting and difficult. “Sometimes you’re on top of the world,” he says of the creation process, “and sometimes you’re like: I never want to do music again.”

Bouncing between these extremes, Brenner—one half of the music project Tune-Yards and known for scoring films like Sorry to Bother You—completed work on Other Possibilities, his fourth album under the name Naytronix. The album started off as a pursuance: a search for the perfect version of whatever it is we’re supposed to be creating. But what he found over the course of the four years writing the album, through changes both intentional and circumstantial, was that his strongest work happened when the boundaries came down, the pressure was gone and the process became more enjoyable.

The album was largely inspired by Rene Daumal’s Mount Analogue, a novel about the quest for something almost unrealistically out of reach, and how everything is connected. “I know people say this a lot, ‘the journey is the thing,’ but that really is something I started thinking about a lot,” Brenner shares. “Making this album wasn’t about finishing the album, because when the album is finished, you just make another one. So I’ve just been trying to enjoy the process of making it more than anything else.”

As he was struggling to recover from the shoulder injury, Brenner first thought it was time to focus on maybe practicing piano with his one good hand, or maybe on being a better lyricist. Finally, he came to a new conclusion. “It was the first time I realized that it’s okay to not be like, doing music constantly, or thinking about music every second…like, what if it’s like okay to just be, and not try to be better constantly?”

And that’s exactly what Other Possibilities is about: creating mental space for creation and in doing so, enjoying the process. The songs have a funky, psych pop pulse and are layered labyrinthine alongside Brenner’s characteristic basslines. Alongside co-producer Merrill Garbus (his Tune-Yards partner), Brenner penned songs like the floating spacey opener, “Indigo,” and the gently poppy “Somebody,” which he wrote for a close friend as a birthday present and came to him in a flurry of inspiration in about two hours.

The song “Stranger,” which Brenner describes as a fun “musical puzzle” to assemble. Through many renditions and some familiar collaborations bloomed one of the album’s other tracks featuring vocals by Merrill Garbus, drums by Ben Sloan, Korg work by Ross Peacock and guitar by Justin Kohlberg.

The song “One More Try,” which sprung from a fierce bout of writer’s block. “That was actually my favorite song to write,” he says, sharing that he structured it based off of a (now lost to time) YouTube video about how to make a Tune-Yards song: “You start with a clap, then you add the bass…which is not at all what our process is like for writing Tune-Yards songs, by the way,” laughs Brenner. “It was super fun to try, though.”

During a time when many people lost a sense of reality, Other Possibilities provides a landing place for reflection and movement. The tight-knit group of collaborators that came together on the album (like guitarists Derek Barber and Stephen Patota and percussionist Robert Lopez) is highlighted by Eli Crew’s impeccable mixes and the crisp mastering touches of Jeff Lipton and Maria Rice at Boston’s Peerless Mastering.

pre-order Other Possibilities by Naytronix HERE 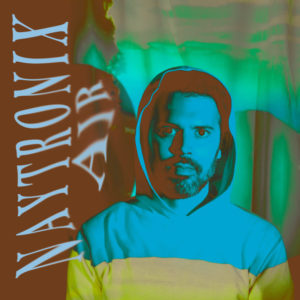 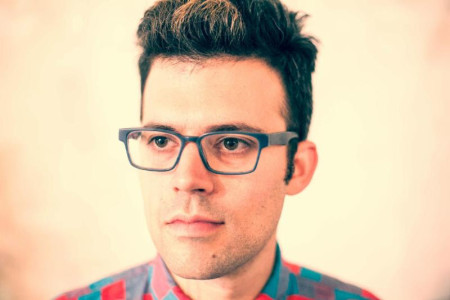 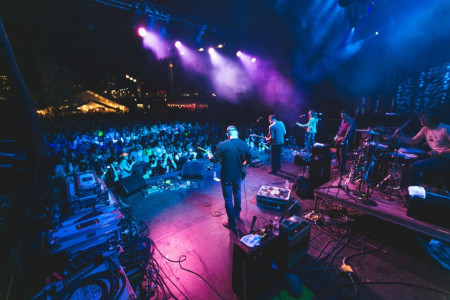 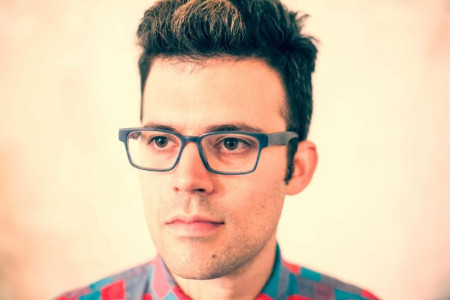 Naytronix shares “Back In Time” remix