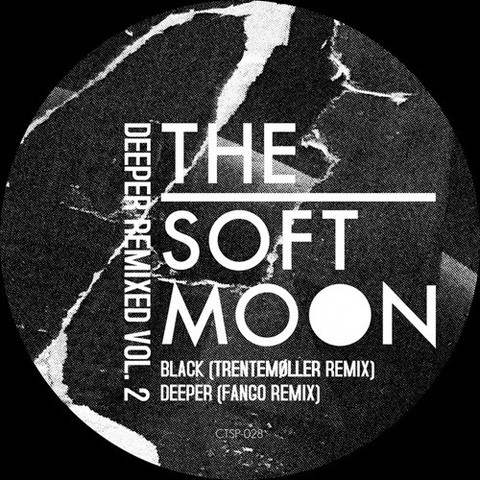 Luis Vasquez, aka The Soft Moon, on the Deeper remixes:

“Before these remixes came together, I thought it was weird to see all these bands having their music remixed. I still consider writing music something very personal, something that I do for myself. But, in the last few years, since I started being on the road so much, I realized that I love the connection I have with people that buy The Soft Moon records and come to the shows. The idea of ‘Deeper Remixed’ started when two great artists such Trentemøller and Dave Clarke wrote me to ask to remix some of The Soft Moon songs. I felt very flattered by that and I guess it helped me to change my mind re the meaning of a remix. Every artist that contributed a remix are artists that I respect, artists that shared the stage with The Soft Moon, and some who I would even consider good friends”.

At the end of January, following an incredible performance at Oakland’s The New Parish, The Soft Moon discovered their tour van had been broken into and merchandise and equipment valuing $10K had been stolen. To help combat this unfortunate setback the band set up a Go Fund Me page, asking for donations from fans, if you’d like to donate, click HERE.

Despite such a heavy setback, the show must go on, and The Soft Moon continue their North American tour, which now includes a newly added Brooklyn show at Baby’s All Right on February 18th, as they’ve sold out both Market Hotel (2/13) and St. Vitus (2/14). After this North American run, the band has a short run of dates in the EU.