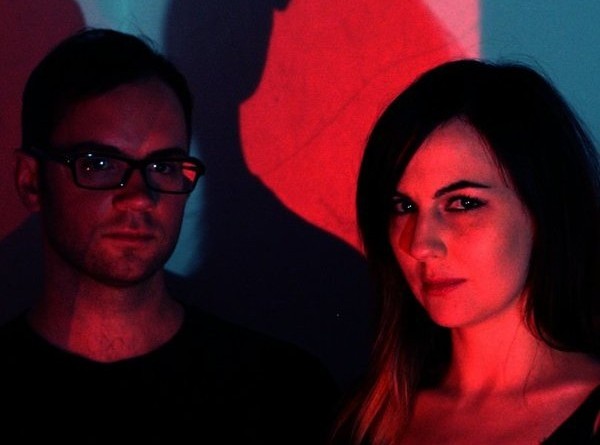 We caught up With Ian and Patricia from ‘Soft Metals’. Their latest album Lenses is now available on Captured Tracks. The band is also touring all summer, check out their website for dates.

NT: In the past a number of your songs were made through improvisation using electronics. Was making the new album any different?

Ian: There wasn’t too much difference in the initial inspiration stage in the writing for this album from the first. During the editing and particularly the mixing stage though we had gained a lot more experience and went in with a better idea of how we wanted the end product to sound.

NT: The topics you’ve written about in the past include science, death, and film. What was influencing the songs on “Lenses”?

NT: How did you develop such a love of synth based music? We’re playing different styles when you were younger?

Ian: I took piano lessons as a kid and continued with them all the way through college, with a brief foray into guitar and bass in high school. I think because of this early exposure to piano, I’ve always gravitated toward keyboard instruments. I also got really into in industrial music and early IDM in high school; styles of music that both heavily feature synthesizers. I’ve also always really been interested in music technology and have used computers or sequencers to write music ever since I started. I think Screamtracker was what I used to make some of my very first songs when I was like 14 or 15.

NT: Why do you think Experimental Electronic has become so popular today? I was talking to a younger person the other day, and he talked about his love of Silver Apples.

Ian: I’m not exactly sure, but you do see a lot of interest in synthesizers. Korg is making analog stuff again, Dave Smith Instruments and Elektron are making some awesome new analogs and the diy and modular scene seems to really be taking off.. is this because experimental electronic music is popular or is this wave of synth popularity causing it, I couldn’t tell you.. either way synthesizers, audio manipulation and music technology will always be popular with me.

NT: Are you amazed by some of the albums that came out in the late 60s and 70s, like Silver Apples or Can? They were working with pretty limited technology.

Ian: It is really amazing, one group I’ve always though sounded light years ahead of their time is Lard Free who combine modular synth tweaking with krautrock-y jazz type instrumentation. It’s really cool stuff. To speak to the point of limited technology though, sometimes limits can be sources of inspiration or the work arounds end up sounding better or more interesting than your original intent.

NT: Which five albums continue to influence you?

Other People Place – Lifestyles of the Laptop Cafe