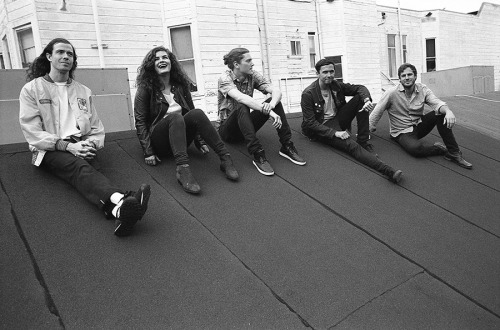 San Francisco’s Social Studies are premiering their new single “Drifty” from their forthcoming release WAKE, which will be available September 18th via Aerobic International, who will be putting out a limited edition vinyl, and the band will also release the record digitally.

Wakee finds the quintet applying the skilled songwriting and arrangement of Developer to chilling performances and emotions laid bare. Working with producer Phil Manley of Trans Am and recording the tracks live in the studio they achieved a new intimacy. The songs exist on a stage in a room and the listener is right up front. It’s no wonder; following Developer, the group toured extensively, supporting bands like Hot Chip, Phoenix, Tune Yards and Grizzly Bear and appearing at festivals including Outside Lands, South By Southwest, Noise Pop and Treefort.

Releasing their first EP in 2007, San Francisco’s own indie pop/rock outfit, Social Studies, have undergone multiple reincarnations before finding their current line-up and signature sound. Preceded by 2010’s Wind Up Wooden Heart, the band refined their sound with 2012’s Developer.