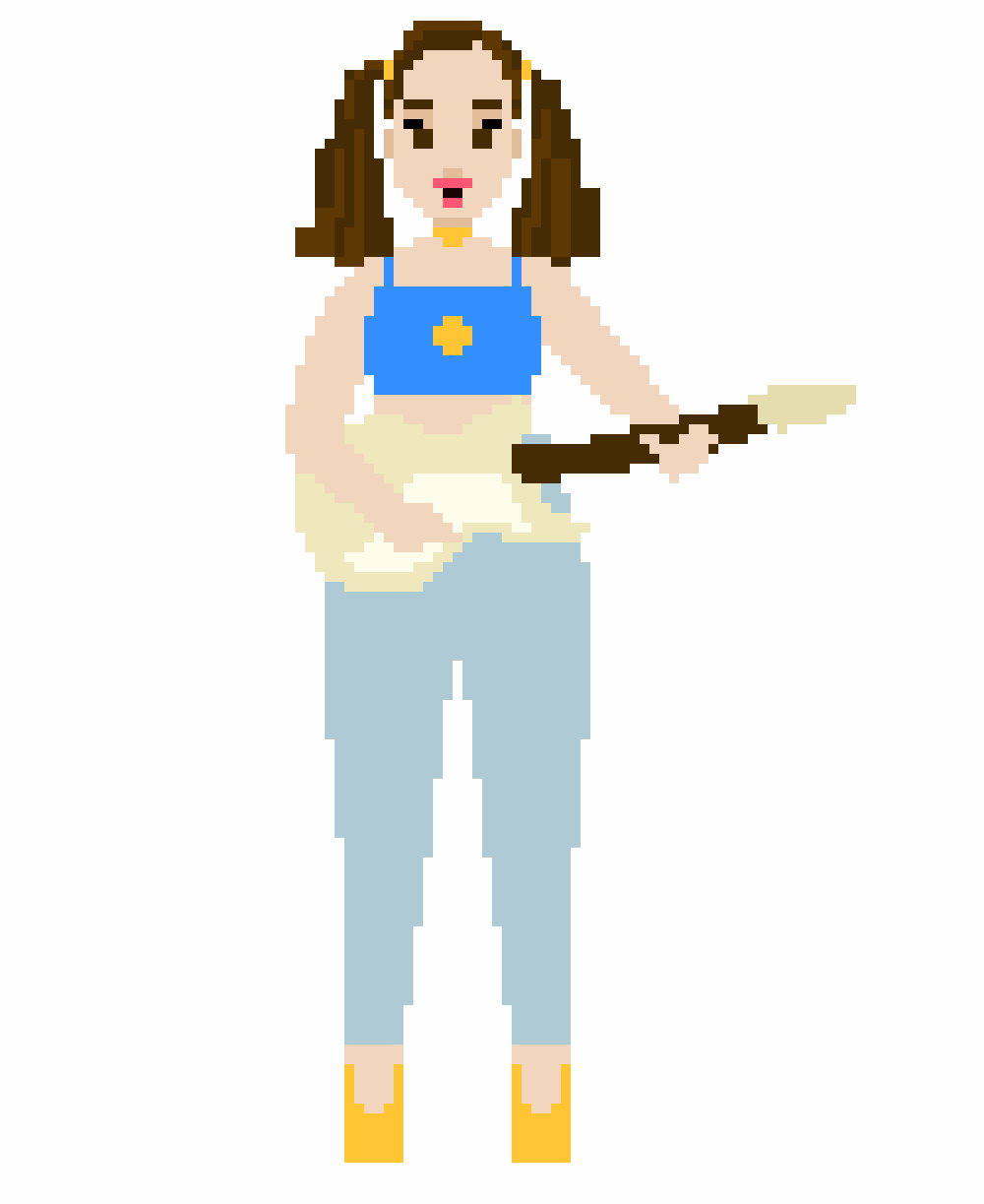 Today, Soccer Mommy will embark on another tour, of sorts – an 8-bit music video tour, hitting some of the cities she was meant to be currently passing through: Toronto Minneapolis, Chicago, Seattle and Austin. In true Soccer Mommy fashion, video director, Bella Clark, used more traditional tourist locations in each city, instead placing Sophie and Co. in an abandoned subway station in Toronto, a haunted hotel in Chicago, a bat-filled Austin bridge, and more. Watch as Soccer Mommy, ahem, ‘performs’ in Toronto with the 8-bit video for crawling in my skin, which premiered today. Soccer Mommy’s current release color theory is now available via Loma Vista Recordings.

Soccer Mommy, recently held a digital concert on the online gaming platform, Club Penguin Rewritten, a few weeks ago, with 10,000+ attendees (who all had to make their own penguin avatars to attend). So many fans logged on originally that the game’s server *literally* crashed and the event had to be rescheduled.

Soccer Mommy AKA: Sophie Allison – released color theory, earlier this year. Following the album’s arrival, the artist opened for Bernie Sanders’ campaign rallies, numerous headline tour dates sold-out months in advance, festival slots at the likes of Glastonbury, and her late-night debut on Jimmy Kimmel Live!. Now, with touring currently at a halt for the entire music industry, Soccer Mommy has decided to get creative.

Watch “Crawling in my Skin” here