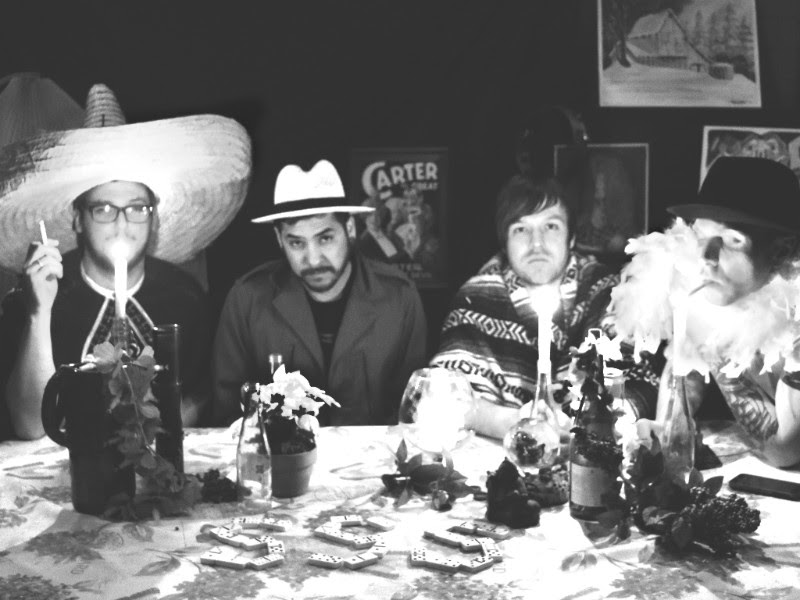 Snake Snake Snakes have announced their new Tranquilo LP out now on Common Wall Media. Today, the Phoenix-based band have also shared their track “Washed Out”. “This song originally was a fast, all-chaos tune,” explains singer Jon Messenger of the song “but we were messing around and David—our drummer—changed up the beat and the song came together out of nowhere. Easily one of my favorite tracks on the album.” You can listen to and share the track here.

Chris Sanchez (bass), David Cooper (drums), Jon Messenger (vocals, guitar), and Dan Tripp (guitar) are Snake Snake Snakes. The band released a 5-song EP in 2010 followed by the single “Outsider” with the B-side “Thieves” in 2012. The EP was a surprise success at college radio in 2010.

After a few false starts on recording themselves, the band returned to Flying Blanket Recording in 2015 to work with producer Bob Hoag on a full-length record. The band and Hoag had butted heads throughout recording the EP five years earlier, but both had changed their processes considerably over the interim. With a newfound respect for each other, the LP came together like magic. The project went smoothly enough to record even a couple more songs than planned, and in three weeks they emerged from the studio with the 12 songs that are Tranquilo.