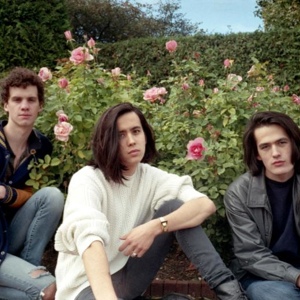 Today, Smith Westerns are excited to announce that they’re heading back out on the road, this time with their longtime friend Sky Ferreira. The band will be selling a special tour-only “3am Spiritual” 7” while they’re on the road this fall. The band is currently streaming the b-side to the track, “3am Spiritual” (Basement Recording) above.

Soft Will, the third LP from Smith Westerns, was released earlier this summer on Mom+Pop. After playing over 140 shows in support of Dye it Blonde in 2012 Smith Westerns (Cullen Omori, Max Kakacek and Cameron Omori) returned to Chicago to write their follow-up LP, teaming up again with producer Chris Coady (Beach House, Yeah Yeah Yeahs, TVOR). In August they began recording Soft Will at Sonic Ranch (El Paso, TX). The resulting album, Soft Will, is the band’s most definitive yet, full of mellifluous guitars, confident restraint, and pensive songwriting.