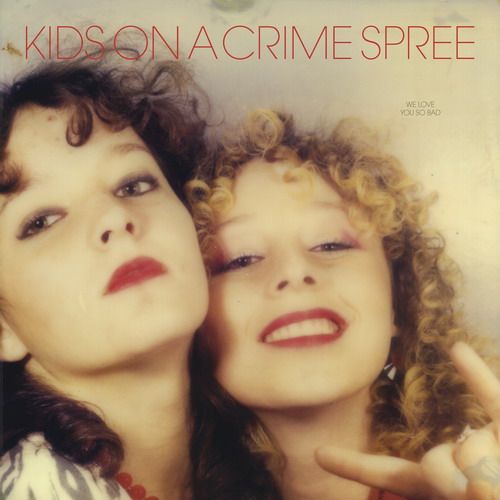 About a decade ago Mario Hernandez (of Ciao Bella & From Bubblegum To Sky) was casually sitting on a Stockholm couch drinking a really good cup of coffee when a friend put on the “Back To Mono” box set and Hernandez’s life was forever changed. He was instantly drawn in by the excellent songwriting and lush instrumental arrangements; and what started out as an innocent side trip into the Phil Spector back catalog soon became a longtime fascination with the Brill Building and Spector’s fabled wall of sound.

As time passed he realized that he just couldn’t get away from it. He kept coming back to the idea of a simple pop song that wasn’t really that simple – a happy melody with a dark underpinning in the lyric- and he knew that it wasn’t enough to just listen. He had to make his own version of this great sounding stuff. Kids On a Crime Spree is the result of this obsession.

After living in New York for a spell to more fully immerse himself in the culture that spawned the music he loved, Hernandez moved back to California and began recording in earnest. Of the more than one hundred songs he composed but was not able to record while in New York, eight of the best were chosen for 2011’s We Love You So Bad, Kids On a Crime Spree‘s first record. Much care was taken to use older recording techniques akin to those used in the sixties in the Brill Building and the whole record was recorded on analog tape. We Love You So Bad set out their stall with eight nuggets of pure pop excellence, blending 60s pop chops with Ramones-y energy and drive, and a taste for noise. The tunes are brief and uncluttered, distilling 50 years of pop history into a completely focused, modern sound.

The new single “Creep The Creeps” has been a staple of the group’s live set for a while now, and we’re excited to finally have it on vinyl. It’s punchy, handclap-driven power-pop of the very highest order, with a driving dance beat courtesy of Ms Barron. It’s accompanied by an excellent video by Stagnant Cult that reinforces the band’s love of AM radio and pop history. “New Ex-Boyfriend” on the flip adds some minor-key drama and echoed surf guitar leads to the mix. It’s a heady combination, and points to new directions for exploration.