Slowcoaches To Release “Thinkers” On Feb 13 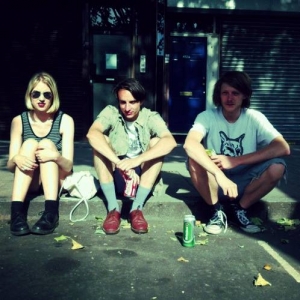 DIY thrashers Slowcoaches return with a new four-track EP, THINKERS, due for release on 2nd December 2013 via Manchester-based micro label Icecapades (Sex Hands, Irma Vep, Feel Right). The EP follows on from their Tye Die Tapes’ released We’re So Heavy back in May 2012, which sold out within a week.

Along with a fistful of new songs, Heather and Matty instigated another line up change, with the addition of Mazes’ Neil Robinson on drums. The band maintains a fiercely DIY ethic and the past year have performed across the UK and Europe with bands including Mission of Burma and The Thermals.

The record is limited to a run of 300 7” copies. Artwork comes courtesy of drummer Neil, featuring what he styles as “manually manipulated painting”,  printed with soya based ink onto recycled card.