Irish post-punk band Slow Riot, have returned with the new single “Absent Dreams”. The band have also announced new live dates, including a special London show at the Sebright Arms on November 10th hosted by Communion and Kilimanjaro. “Absent Dreams” is the band’s first new release since “Trophy Wife” single in April, and their first since signing to London label Killing Moon Records.

The band’s influences include Gang of Four, Television and Wire with more contemporary bands such as Girl Band and Future of the Left. “Absent Dreams” showcases more of the bands insidious, driving motorik bass and thick plumes of distortion in a battle between athletic, lean post-punk and thematic darkness. Of the band’s subject matter, lyricist Niall Clancy offers:

“Absent Dreams is about reaching the realisation that those who affect your life negatively don’t need to be tolerated. It’s about looking for reasons to hold onto the past and not finding any”.

The single is the third time that Slow Riot have teamed up with producer Kevin Vanbergen (The Pixies, The Maccabees, Dinosaur Pile-Up, The La’s and Biffy Clyro), this time at Hastings’ Savage Sound studio, in a partnership that has challenged the band to forge their own distinct style, breathing fresh life into the post-punk genre. “Absent Dreams was one of two new tracks recorded in Hastings over the course of three days of no sleep, bad food but great energy. The process of capturing those new tracks pushed us to new limits but the results speak for themselves and we can’t wait to share them with the world”.

Formed of Niall Clancy (bass, vocals), Aaron Duff (guitars) and Paul Cosgrave (drums), early demos of ‘Demons’ and ‘Cooper’s Dream’ were immediately praised by fans and caught the attention of London label Straight Lines Are Fine, who in the summer of 2015 recorded their sell-out debut EP ‘Cathedral’ at the Manic Street Preachers’ FASTER studio in Cardiff with Vanbergen. 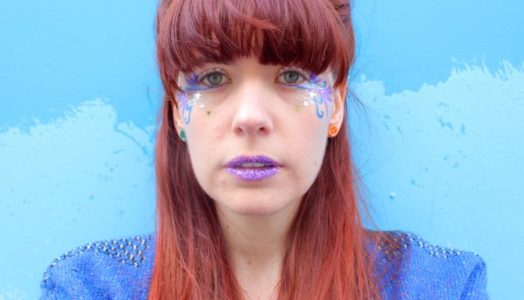 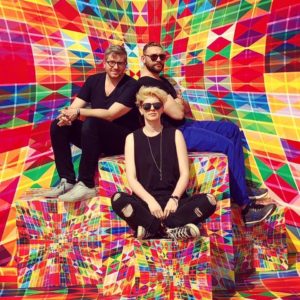