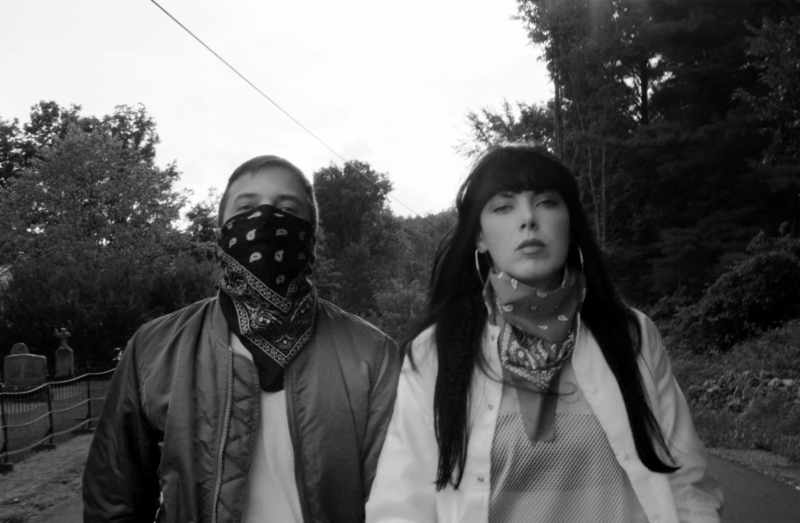 Sleigh Bells have revealed their first new ful-length, in almost three years. The album Entitled Jessica Rabbit, was produced by the band and mixed by Andrew Dawson (Kanye West, Tyler, the Creator), is due for release on November 11th, it will be the first release on their own label, Torn Clean, in partnership with Sinderlyn. A video for the album-opening track “It’s Just Us Now,” directed by Derek Miller, is now out. Previously released tracks “Rule Number One” and “Hyper Dark” are included on the album.

The process of writing and recording Jessica Rabbit, started over again many times over the last three years. They tried on new instrumentation, swapping guitars for a synth pad; they tried on different time signatures, letting ever-stranger drum machine sounds punctuate their beats; and for the first time ever they brought someone outside of the band into the creative process, working with Mike Elizondo (Dr. Dre, Fiona Apple) to shape five songs off the album.

The end result is a departure for Sleigh Bells. “It is the sonic equivalent of firing synapses, with melodies zig-zagging in different directions in a beautiful and ever-modulating controlled chaos. It is playful but darkly so; flirtatious but caustic; ebullient but downright sinister. Singer Alexis Krauss has moved from the baby coo of the band’s earlier material into full powerhouse mode, singing with a visceral urgency that was absent from previous releases.

Sleigh Bells will be hitting the road in support of Jessica Rabbit this fall — dates below. All original artwork in the Jessica Rabbit album package is by Brian Montuori.