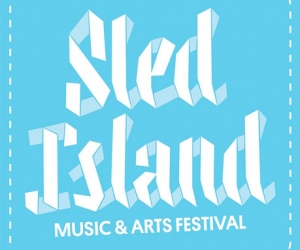 The newest additions to Sled Island’s line-up include experimental-folk favorites Akron/Family, soul-shaking Vancouver-based rock & roll duo The Pack A.D. and the return of San Francisco indie-rockers The Dodos, who have a strong relationship with Calgary and its music fans through their touring work with the late Christopher Reimer of the band Women. From that same band, Pat Flegel’s newest outfit, Viet Cong, make their festival debut while Calgary-heroes Ghostkeeper are sure to win over fans at Olympic Plaza.

Sled Island is more than just music – with film screenings, art openings, comedy performances, panel discussions and more at all hours, there’s something, well, many things actually, for everyone at this year’s festival. Festival passes are on sale now at sledisland.com – a festival pass grants access to all music, art, comedy, film and workshop event at Sled Island subject to venue capacity. The Festival Discovery Pass is $199, the Festival Discovery Plus Pass is $349 and the All-Ages Pass is $50. More info on all passes can be found on the Sled Island website.