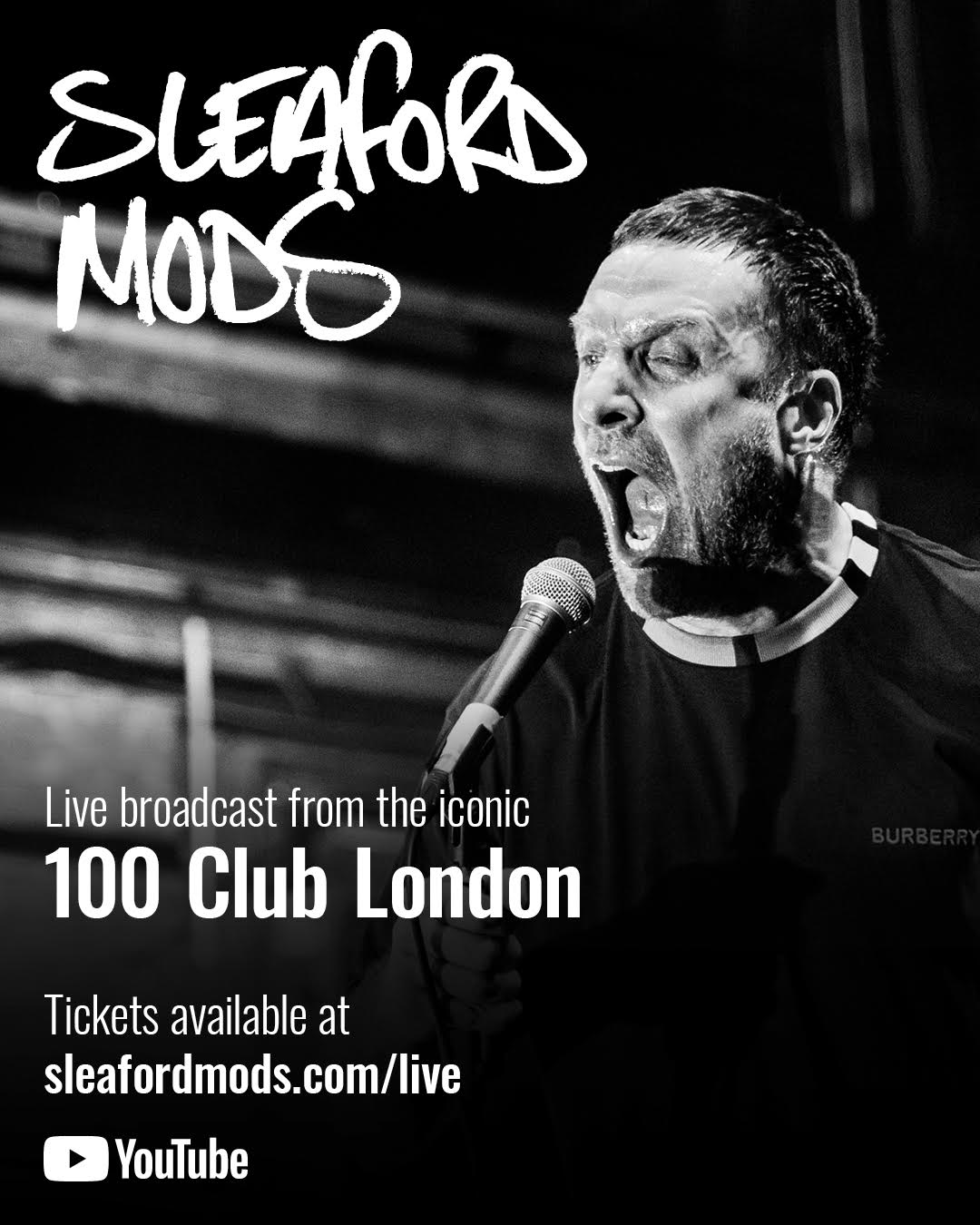 In support of their current release All That Glue, UK duo, Sleaford Mods are performing a live stream show from the 100 Club in London, England. The show will take place at 9pm BST on 20 June. Fans worldwide can access the gig via a ticketed live stream on YouTube. Tickets will be available for £10 via Sleaford Mods official website.

The band will perform a full set of fan favourites and rarities and the show will be filmed with multiple cameras in Ultra HD and offer the highest quality audio. In keeping with tradition Jason and Andrew are supporting Refuge. Fans will be encouraged to make a small donation on top of the ticket price to Refuge, who provide support to women and children experiencing domestic violence.