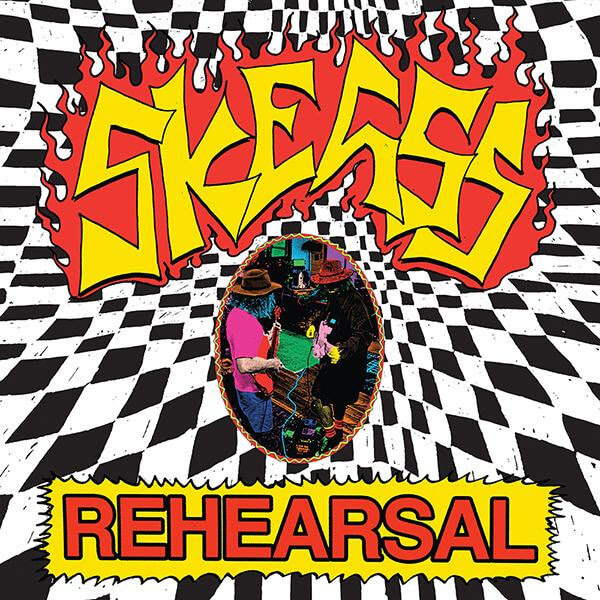 Skegss’ forthcoming release Rehearsal, produced by Catherine Marks, the LP will be released on March 26th, 2021 via Loma Vista Recordings. The album’s latest single “Valhalla” is out now alongside a video directed by Jamieson Kerr, which stars the viking trio and band members of Ben Reed, Toby Cregan, and Jonny Lani enjoying a gluttonous feast before their own massacre.

“Well I learnt more about Valhalla through watching ‘The Last Kingdom’ and it got me brainstorming about the ideology of it, and thought how sometimes in our life we have moments that are pretty perfect—as perfect as what you’d want the idea of your own nirvana to be,” Reed says of his inspiration for the song, Skegss’ fourth Rehearsal single following 2020’s grungy loosies “Under the Thunder” and “Fantasising,” plus the acoustic anthem “Wake Up.” “Like when you’re having beers with your friends, having big cook ups that are real fun to share and we’ve always been lucky enough to have got to do that with (fellow scene peers) Dune Rats. ‘Valhalla’ was based on those experiences, but it’s also kind of cryptically about flying under the radar and avoiding getting into any kind of trouble, and staying healthy enough to keep having those times as you get older throughout your life.”

Rehearsal was recorded at The Grove Studios with producer Marks, who added a veteran’s finesse and expanded upon the rustic charm of demos Skegss tracked at The Music Farm using vintage gear from the ‘60s and ‘70s. From Reed’s self-made lyrical philosophies inspired by his favorite stand-up comedians, to Toby Cregan’s reflections on life and his dog, Rehearsal is the most candid and electrifying snapshot we’ve seen of Skegss yet.