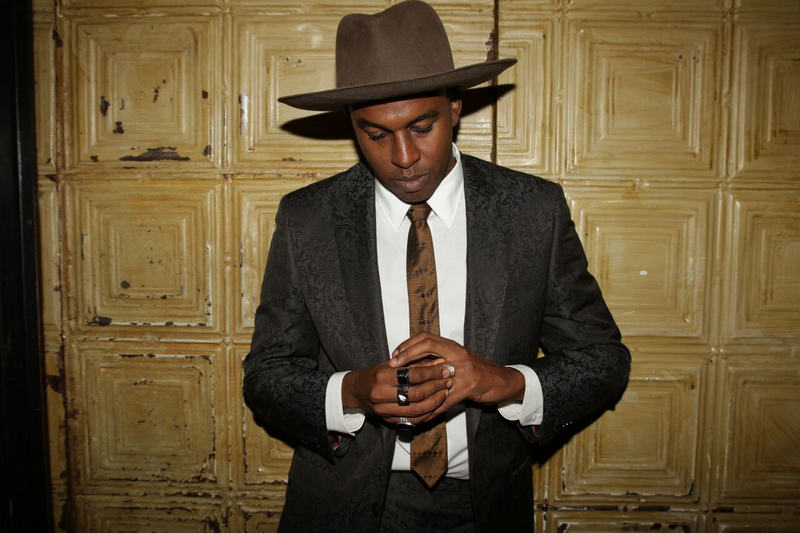 Sinkane has confirmed details of his new full-length Life & Livin It, set for release on February 10th, via City Slang.
Lead single “U’Huh”, Sinkane shares a much-needed dose of optimism, repeating the refrain “We’re all gonna be alright / Kulu shi tamaam”. “”Kulu shi tamaam” is an Arabic phrase meaning “Everything is great!” Ahmed Gallab explains. “Times are tough. Struggles have always existed in our lives. But hope, love and the power of positivity help us stay alive. It is what inspires me to wake up in the morning, make music, and, ultimately, connect with people.

To my sisters who ache, my brothers losing strength: we don’t need to be saved. We’ll make our own way. Kulu shi tamaam! As long as we try we’re all going to be alright!”

The video for “U’Huh” is a powerful celebration of perseverance and was shot at Brooklyn’s Union Pool, with additional footage shot at Lowlands. “The timeless nature of the song made it feel like a period piece was appropriate visual accompaniment. The newsreels on TV depict social unrest in Detroit and Newark in 1967,” said director Nick Bentgen. “This song moved me. We’re all gonna be alright.”

Recorded at Sonic Ranch Studios in El Paso, Texas, and once again produced by Ahmed Gallab with lyrics and help from longtime collaborator Greg Lofaro, ‘Life & Livin’ It’ draws from the best elements of Sinkane’s previous records: the slinky funk and soul grooves are there, so are the sparkling melodies with roots in sub-Saharan Africa. With basic tracking played together live, the fun and immediacy of Sinkane’s live show is a central feeling of the recordings. The four members of Sinkane – Ish Montgomery (bass), Jason Trammell (drums), Jonny Lam (guitar), and now joined by Amanda Khiri (vocals) and Elenna Canlas (keys and vocals) – sang and play additional parts on every song, with Trammell contributing lyrics to “Theme from Life & Livin’ It,” and Lam helping with arrangements. Daptone recording artists Antibalas contributed horns.

‘Life & Livin’ It’ is the follow-up to Sinkane’s 2015 album ‘Mean Love,’ for which the band played 166 shows in 20 countries, and Gallab’s time leading The Atomic Bomb Band — the highly celebrated 15-piece outfit that played the music of elusive Nigerian electro-funk maestro William Onyeabor. The band included David Byrne, Damon Albarn, members of Hot Chip, LCD Soundsystem, The Rapture, Jamie Lidell and legendary jazz musicians Pharoah Sanders and Charles Lloyd, and they played all over the planet, including making their TV debut on The Tonight Show with Jimmy Fallon. “Those 14 months really changed my life,” Ahmed says. “Not only did I learn how to put on a bigger show, but all that touring brought Sinkane closer as a band.”

As Ahmed got into the depths of writing for ‘Life & Livin’ It,’ he had a clear goal: to conjure the ups and downs of a universal experience, and have fun while doing it. Ahmed’s primary intention was to make music that is joyous, but also socially conscious when you scratch beneath the surface. “I would listen to my favorite records, like Funkadelic’s ‘America Eats Its Young,’ and realize how great they made me feel. That carefree, light and fun feeling I was getting while writing this record is what I want everyone to feel when they listen to it.”