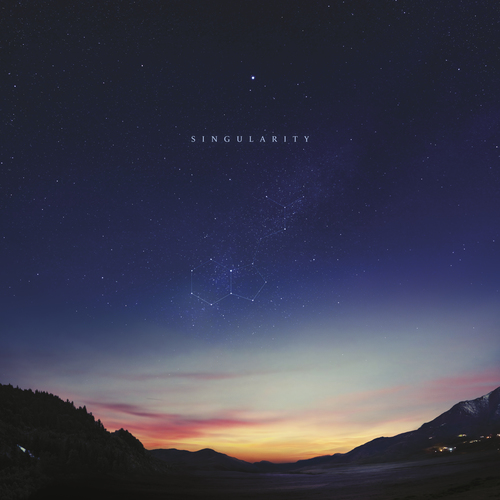 ‘Singularity’ Jon Hopkins’ fifth studio album exists as its own microcosm; it’s a record that channels a jarring dystopian menace whilst gently exuding an organic, human resonance. Tracks not so much begin but are spawned and gradually evolve, sometimes from glitchy textures to something more celestial, and then the reverse, where heavenly textures are enveloped by awkward tectonics as pulsing beats and juddering synth jabs lean heavily on an abrasive melee.

If you take our protagonist on name value alone, Jon Hopkins, the electronic producer doesn’t go by the most extraordinary moniker but the music he manifests is nothing short of…well, extraordinary, across his five records and several soundtracks the electro-maestro manages to encapsulate an otherworldly terrain via his marriage of digital elements and acoustic instruments. ‘Singularity’ continues that thread but with the more angular, aggressive edges slightly rounded off – the more upbeat tracks still convey an uplifting rhythm but it’s less like an android having a heart attack and more like our robot overlords having a knees up. This can be said for lead single ‘Emerald Rush’, an effervescent menagerie of dreamy motifs and morphing layers that inject some danceability to ‘Singularity’. The same applies to ‘Neon Pattern Drum’ which amalgamates calm, layered synth patterns with multi-layered beats and jittering textures. I’ll quote the main man himself where ‘Everything Connected’ is concerned – a song that he’s labelled “a massive techno bastard”, and do you know what, Hopkins ain’t wrong. It’s a fidgeting, industrial clatterer that’s in constant motion, evolving, respawning again and again – the sonic equivalent of a lava lamp.

When conceiving ‘Singularity’, Hopkins began his own journey into meditation and in doing so, has bled a trance like state into his new record, even at its most frantic there’s a sense of calm and control but the meditative voyages present themselves when ‘Singularity’ swings to the more heavenly end of its spectrum. ‘Feel First Life’ commences with the sound of a low hum and a solitary piano refrain before choral, language-less chants swell into a grand euphoria. ‘C O S M’, ‘Echo Dissolve’ and closing track ‘Recovery’ harness Hopkins’ deft use of silence and nothingness – where some parts of his new album grab your attention by being loud and jarring, these three moments act like a faint whisper and one that beckons you closer with a subtle spectral electronic glow or an intermittent flourish of nocturnal beats. Then there’s ‘Luminous Beings’ which at nearly 12 minutes is like ‘Singularity’ but within ‘Singularity’ – akin to what the Vatican City is to Rome.

Jon Hopkins has crafted an album that unravels like a film and begs to be digested in one long, uninterrupted sitting; an album that’s multi-faceted, human, robotic, frantic and calm. It’s a condensed audio vision of life itself.