Silicon, the new project from Kody Nielson, is streaming his debut album Personal Computer, before its release on Friday, August 28th through Weird World. Listen to Personal Computer now through its accompanying interactive website, an exhibition of Nielson’s own “Emoji” art canvases, HERE.

Personal Computer is a electronica record that truly shows Nielson’s soul, funk, and disco influenced songwriting against a backdrop of extra-terrestrial noir sonics, calling to mind the varied likes of Flying Lotus, Panda Bear and Daft Punk in the process, as well as that of the project of Nielson’s brother Ruban, Unknown Mortal Orchestra, with whom Kody co-wrote and co-produced the new album Multi-Love and who was also his former band-mate in cult New Zealand punk group The Mint Chicks.

As much as there are traces of his previous work to be found in the sounds of Silicon, ultimately this latest incarnation of Nielson’s work goes some way to closing the loop on the music he made before the Mint Chicks came into existence. It’s a return to a self contained mode. Cultivating his own distinct brand, Silicon has been introduced by the svelte machinations of lead single “God Emoji “where sumptuous electronics meet harmonized, vocal confections. The aesthetic solidifies and expands with “Burning Sugar”, a Stevie Wonder like development on the sophisticated funk that Kody explored on previous solo release Devils, which also signifies the caramelised centre and beating heart of Personal Computer.

The release of Personal Computer will be augmented by a series of twenty nine paintings of Kody’s “Emoji” icon which adorn the artwork, and will subsequently be exhibited in New York and London, and made available for sale after the album’s release. The Silicon live experience, which has already manifested itself in the U.K. and Europe, will not be subscribing to the usual dreary linear path that is the default mode of the less imaginative. 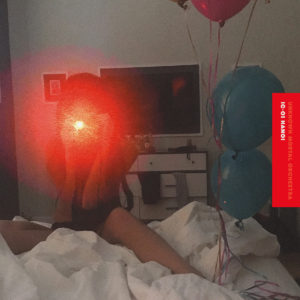 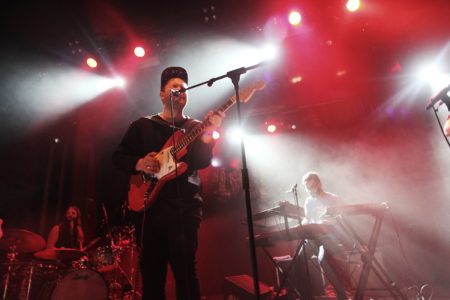