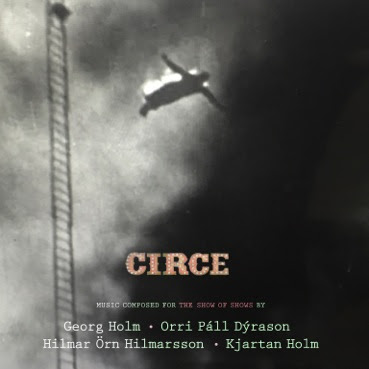 The 14 track album which has been made to accompany the forthcoming BBC documentary film The Show of Shows, was written and recorded at Sigur Ros’s new studio space in Reykjavik, and features contributions from the celebrated South Iceland Chamber Choir.

The album will be released on Sigur Ros’s own Krunk imprint on August 21st and be available to purchase on double vinyl, CDs and for download.

Commissioned for the BBC Storyville strand, the film will not be seen on television screens until next year. However, one off screenings are being arranged, and in the UK you can see it at Barbican Cinema 1 on Thursday 7/16 and at Latitude Festival on Friday 7/17. Both showings will be accompanied by a short discussion and Q&A with Georg, Ori and the film’s producers, moderated by author Andrew Smith.

Sigur Ros previously worked with Hilmar Orn Hilmarsson in 2002 on the 70 minute orchestral and choral work, Odin’s Raven Magic, which was performed live in several locations around the world, although never released. Georg’s brother Kjartan Holm joined Sigur Ros as a touring member after the departure of Kjartan Sveinsson for their most recent tour in 2013.

The Show of Shows – Official Trailer from Sagafilm Productions on Vimeo.