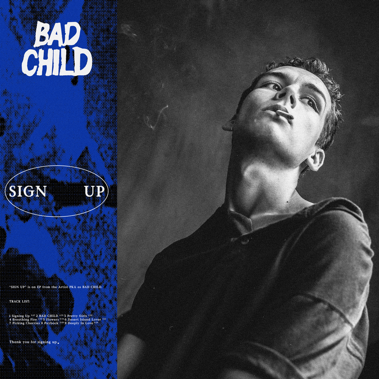 “Welcome to your free trial! To verify that you are not a robot, please enter your credit card information now!” So begins the debut EP of Isaiah Steinberg, aka Bad Child, as its themes are built on modern dating and the technology associated with it. Its opening track, a 27-second spoken word interlude called “Signing Up”, consists solely of a robotic, English-accented female voice welcoming new users to a free trial of a Tinder-esque dating app; seemingly acting as a critique of such apps and how they’ve dominated today’s dating culture, not to mention how certain apps invasively collect people’s information. Whatever the case, it’s an effective way to set the tone for the EP, itself called Sign Up.

Although his full-length debut, Free Trial, isn’t due out until 2020 (read our interview with him to see him describe its themes in more detail), this EP is a confident leap into the spotlight after the initial release of his song “Bad Child” — also present on Sign Up — following the passing of his mother. The 21-year-old self-taught musician and producer would see the song gain traction on SoundCloud, and attracted major label interest not long afterward. The musical chops that no doubt led to such interest are evident on multiple levels, and his electropop style is an eclectic one — borrowing from decidedly modern and wide-ranging reference points.

Steinberg’s expressive, robust vocal delivery is one of the EP’s standout attributes, his tone and verbal intonations heavily mirroring those of Nick Murphy, formerly known as Chet Faker. In fact, the mix of R&B and electronic elements within various layers of the EP’s overall feel aren’t far removed from Murphy and Flume’s 2013 EP Lockjaw, albeit with a somewhat more accessible twist.

The six full-length songs on Sign Up (three of its nine tracks are robotic-voiced interludes) flow well with one another, even if the song structures don’t stray far from that of a typical pop song. “Breathing Fire” and “Desert Island Lover” are among the EP’s more prominent examples of Bad Child’s blend of electronic effects, R&B sensibilities and pop melodies defining much of his work to date. “Pretty Girls” and “Bad Child” can largely be described the same way, with falsetto and guitar loops also being present at times. The hooks are strong and so is his voice, and stylistically the EP can go several different places — for example, “Breathing Fire”’s instrumentation appears to borrow elements of dancehall and Glass Animals, while “Payback” is guided by drum programming reminiscent of electropop/rock acts like AWOLNATION.

Though this EP is there to whet appetites for the forthcoming release of his debut LP Free Trial in 2020 — the title of which keeps with the online dating theme driving this EP — it’s a satisfying taste of what’s to come from this Kitchener native. Bad Child’s memorable pop hooks and clean, modern production show nice glimpses of his potential, even if he could stand to try leaving his comfort zone and getting more experimental at times. “Your trial’s over,” as he sings on “Picking Cherries”, but it might just be enough for listeners to pay the full price afterward. 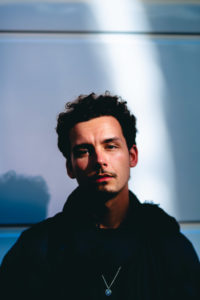