Singer/songwriter Lauren Ruth Ward release her debut album, Well, Hell, February 9th via Weekday Records. This week she shared the video for new album cut “Sideways”. Of the track, Lauren explains, “Sideways is an anthem for those who get lost while acclimating to a new life. Whether it’s intentional or unintentional, you gotta roll with it but not let the people walking faster than you distract you.”

Lauren has been a hairstylist for 9 years, while at the same time shifting her creative focus to her music in partnership with her co-writer and guitarist Eduardo Rivera. On the new album, Well, Hell, Lauren’s arresting voice slices through the classic rock instrumentation delivered through the perfect modern filter by her band.

Having just finished a slew of west coast dates with Nicole Atkins, the band also recently announced a residency at The Echo in Los Angeles in January. 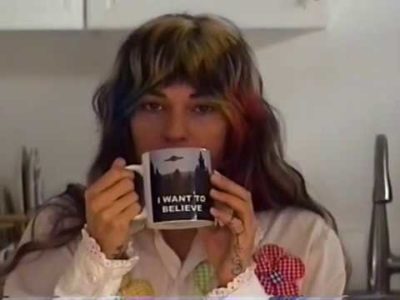