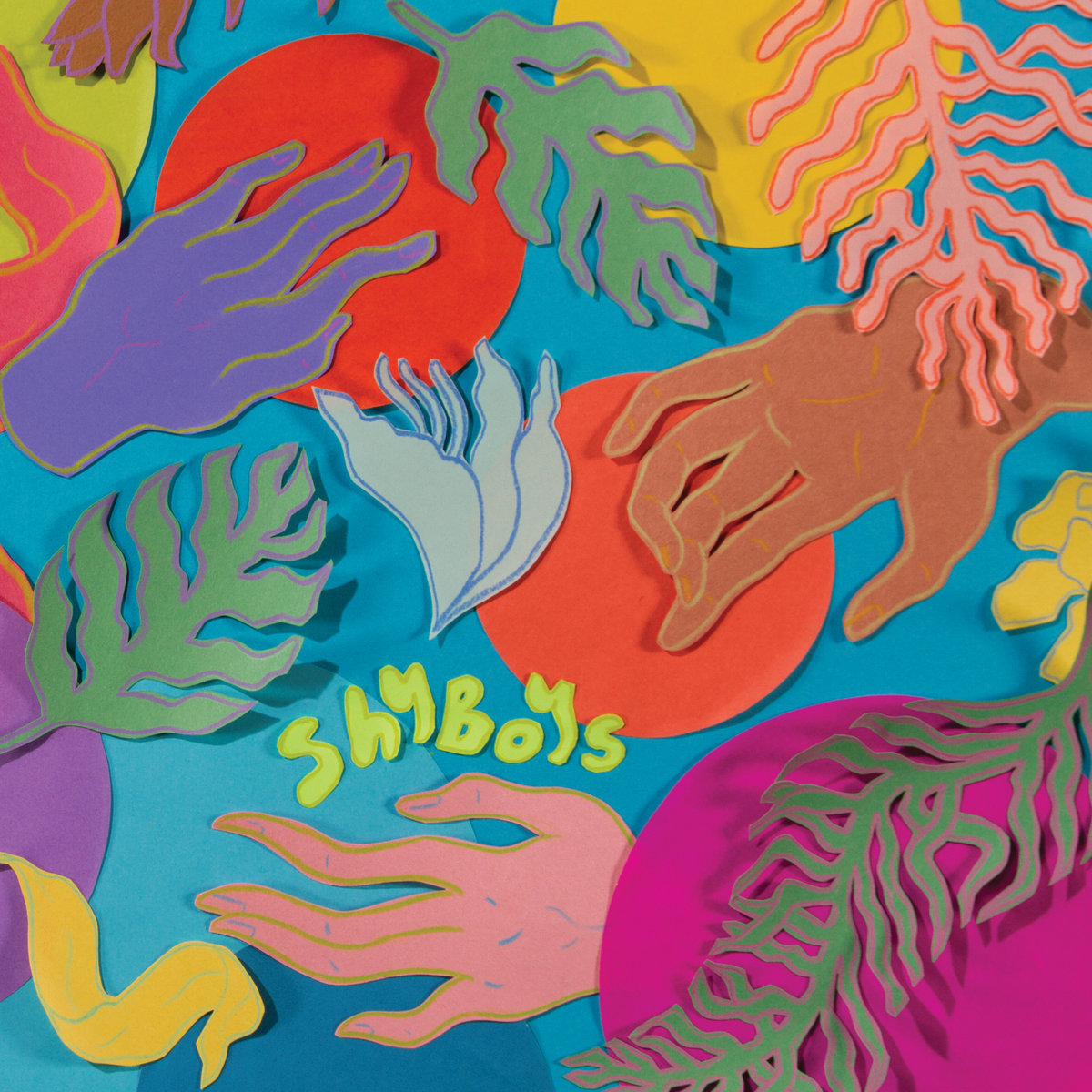 Shy Boys named their second album, Bell House, after a dilapidated house where the Kansas City indie pop band lived for nearly five years. Lead songwriter Collin Rausch called their Kansas City dwelling on Bell Street a “bum den.” They covered a hole in their kitchen floor with plywood. Weeds grew to six feet in their backyard. Since getting married, Collin and his wife moved in with his mother in one of the city’s suburbs. There, he found inspiration for a nostalgic new album that’s dappled with sentiment.

Like Shy Boys’ 2014 self-titled debut, Bell House features 10 tracks. But Bell House is one and a half minutes longer. Yet it is still only 22 and a half swift minutes in length. Like Guided by Voices, by intention or not, Shy Boys know how to make songs short but catchy. The only downside is that there is little time to get comfy and stretch out beneath the sun. And that’s too bad, because Bell House beams with sunny moments.

Shy Boys call themselves “landlocked surf music,” and the term continues holding true. They’ve added Kyle Little and Ross Brown to the band, so now, their sound is more robust. Bell House begins with “Miracle Gro,” a song with nothing but hand-claps and Beach Boys harmonies. Having grown up in a church choir, the Rausch brothers have developed keen ears for harmonies. Elsewhere, Bell House bounces between early 2000s indie rock from New York City and shimmering twee pop from Glasgow. “Take the Doggie” ambles along with the casual drumming of “Someday” by the Strokes. “Tragic Loss” and “Something Sweet” sound like Belle and Sebastian romps.

The bouncy “Champion” is an ode to Collin and Kyle’s mother. Here, the brothers also reflect on transitioning into her caretakers. Some memories and moments on Bell House are less heartwarming, though. “Evil Sin” features a twinkling melody, but the song recounts the time Shy Boys drummer/bassist Konnor Ervin got robbed. “Disconnect” is an intimate vignette of lack of engagement between a couple. It’s a weepy piano number, but it’s the kind of song that best showcases Collin’s light falsetto.

Overall, the fond memories on Bell House far outweigh the bad ones. Whether Shy Boys hit a sprint or pace along at their leisure, their songs are nice and neat pop gems that transport listeners to personal and even formative times in the band members’ lives.